FxWirePro: GBP/AUD falls ahead of RBA rate decision, good to sell on rally

FxWirePro: AUD/USD holds marginal gains, focus on US ISM PMI ahead of RBA 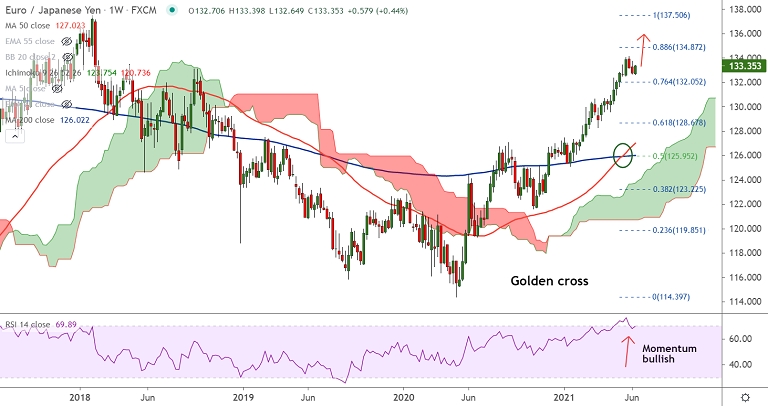 EUR/JPY was trading with modest losses on the day, extends sideways for the 2nd straight session.

The pair was trading 0.06% lower on the day at 133.37 at around 09:10 GMT after closing largely unchanged in the previous session.

The German IFO institute in its latest report released earlier on Wednesday, cut the country’s 2021 GDP growth forecast to 3.3% from 3.7% previous due to supply bottlenecks.

Major bias for the pair is bullish as evidenced by GMMA indicator, but bearish divergence on the daily charts keeps scope for weakness.

On the flipside, failure to close below 5-DMA will see resumption of upside. Next major bull target lies at 88.6% Fib at 134.87.