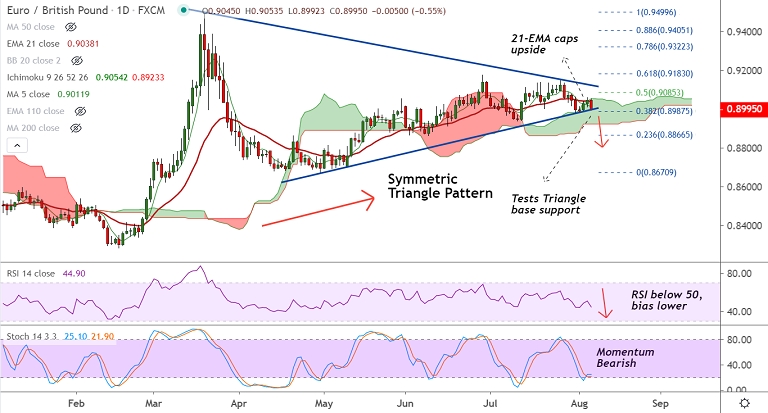 The British pound buoyed across the board after Bank of England (BoE) interest rate decision.

The BoE left interest rates an all-time low of 0.1% and bond-buying program unchanged at £745 billion.

In the accompanying policy statement, the central bank said that the economic downturn was less severe than initially thought and also upgraded its current year economic growth projection.

Upbeat forecasts by the central bank which offered some optimism provided a modest lift to the British pound.

EUR/GBP is testing strong support at 0.8995 (converged 55-EMA and 'Symmetric Triangle' base).