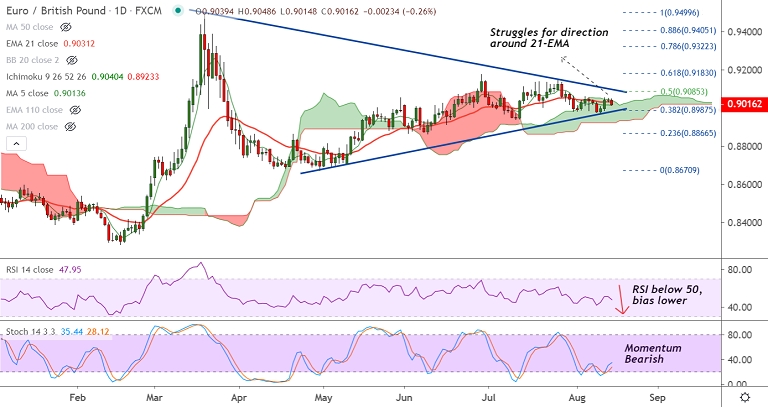 Britain's chief negotiator David Frost said on Thursday that a Brexit agreement can be reached in September.

The next round of Brexit talks is set to commence in Brussels on August 18th and the two sides remain committed to reaching a deal.

On the data front, eurozone Q2 GDP printed inline with expectations at -12.1% QoQ during the April-June period and -15.0% on an annualized basis.

Additional data showed the Employment Change to contract 2.8% QoQ during the same period.