FxWirePro: AUD/USD pares some of the previous session's losses, upside could be limited 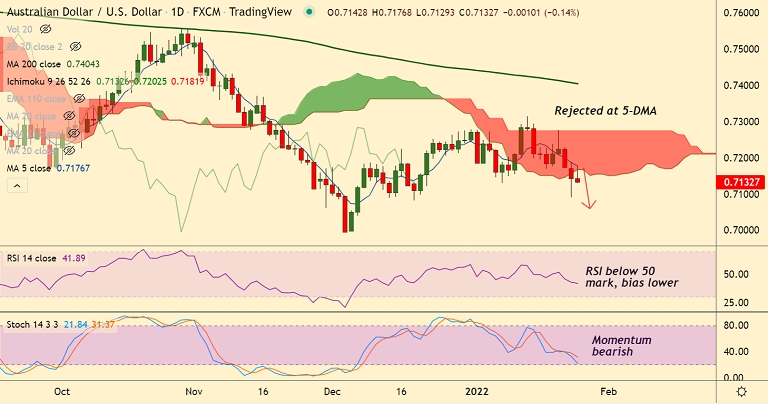 Further, National Australia Bank’s (NAB) Business Confidence figures for December dropped to -12 versus 16 forecast whereas the Business Conditions eased to 8 from 12.

Recovery attempts in the major was capped at 5-DMA and the pair is extending weakness for the 3rd straight session.

Price action is below cloud, Chikou span is biased lower. MACD and ADX support further weakness in the pair.

Summary: AUD/USD trades with a bearish bias. The pair is set to extend weakness below daily cloud and close below 200-week MA for the week will accentuate downside. Next major bear target lies at 38.2% Fib at 0.7051.