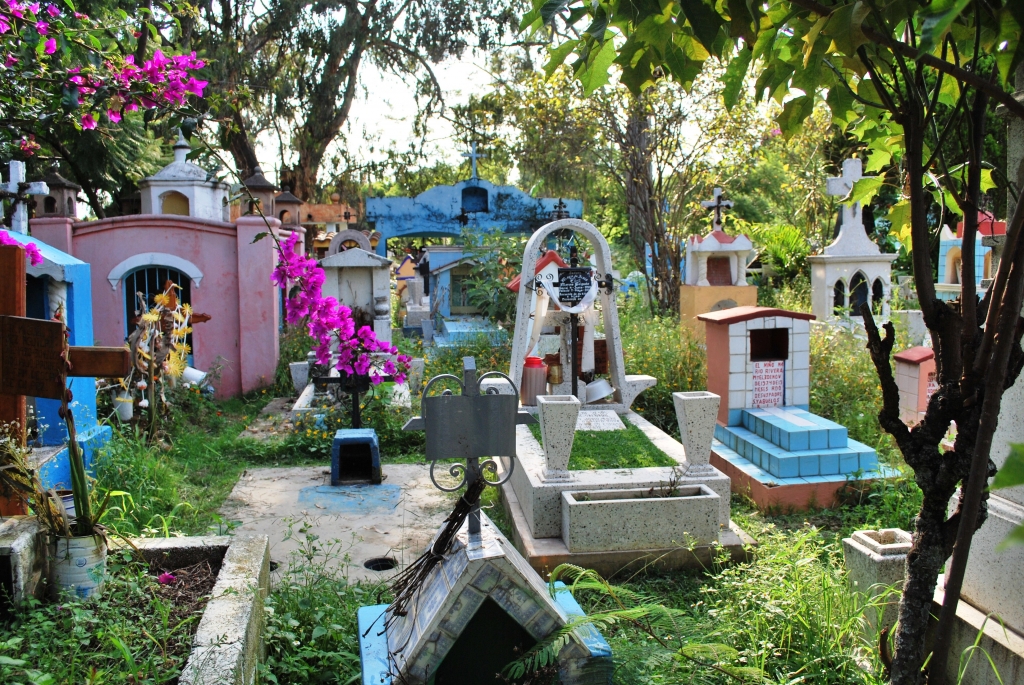 Cemeteries across the world, particularly in cities, are dealing with serious issues of overcrowding. Wikimedia Commons

Across the world, resting places for the dearly departed are running out of space: and it’s spelling bad news for the environment.

In many countries, splashing the cash to secure a traditional grave in commercial cemeteries and columbaria (urn storage buildings) can be something of a status symbol, not least because of the increasingly limited real estate available for grave sites.

It is satisfying to tut over the wastefulness of “necro-bling” in wealthy communities worldwide, but the commercialisation of funeral services forces us to contemplate a much bigger issue about how much of the planet’s finite resources we should dedicate to people who are dead.

It has been estimated that the world will accommodate 80 million deaths a year by 2040, rising to 102 million by 2060. Each dead body will be cremated or placed in the ground or in a vault until decomposition has reduced the body to skeletal fragments. These transitions take up energy, space, time and material.

The pandemic has given global audiences greater familiarity with images of funeral pyres in countries like India, requiring massive consumption of wood and charcoal. But many developed countries are also reliant on a finite resource – in this case, natural gas – to cremate bodies. 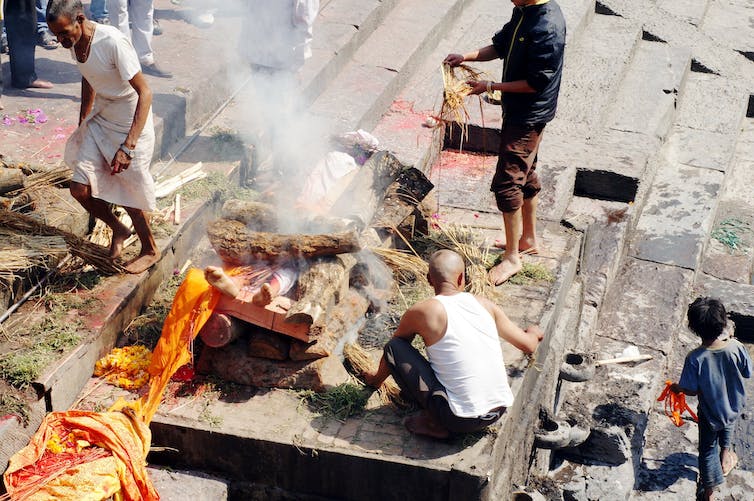 A Hindu cremation ceremony at Pashputhinath Ghat, one of the holiest sites in Nepali Hinduism. Gavin Golden/Flickr

Simply burying bodies in aerated soil can cause decomposition relatively quickly, but cemeteries are now often constructed using pre-cast concrete vaults and reusing graves is not common across countries including the US, UK and Australia. In these places, cemetery space would have to expand indefinitely.

However, the dead are not just matter requiring disposal. Our level of humanity is frequently judged by the care we afford mortal remains.

Across the globe, poorly-considered responses to those who have died from COVID-19 – such as mass burials without appropriate funeral rites – has shown that delivering inadequate levels of care and respect to the dead can inflict emotional damage on the living.

Indeed, atrocities often consist of deliberately disregarding the bodies of subjugated people. Mass cremations during the Holocaust framed the dead as meaningless material. Conflict across parts of Africa, South America and the Middle East has created a legacy of families seeking to find and reclaim their dead from mass burial pits.

The way we deal with human remains should be guided by social justice, and this means balancing three major principles.

First, any burial system should aim for minimal environmental impact. Poorly functioning cemeteries and crematoria can be serious pollutants, generating greenhouse gases and heavy metal deposits that are prone to accumulating in human tissue. There is no commonly accepted framework for measuring the carbon cost of funeral activities, and no clear pathway to reducing that cost. 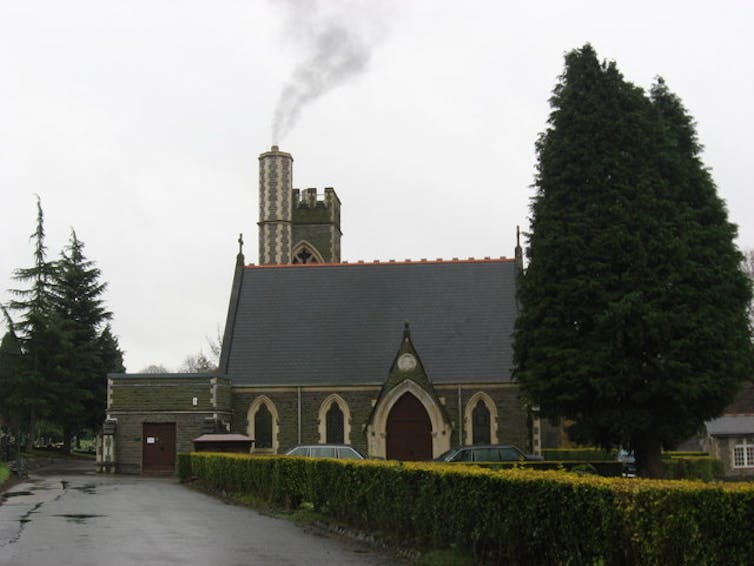 Regulation of crematorium emissions can be poor in some countries. Wikimedia

At the same time, there should be acknowledgement that deathscapes – the mature cemeteries, churchyards and burial grounds that grace our cities with patches of green – are contributing substantially to carbon capture.

With the right kind of management to encourage habitat diversity, these locations can be serene, highly restorative places for quiet contemplation and engagement with nature.

Effort has been directed towards new technology and design solutions, including the development of “green cremation” which breaks bodies down using alkaline hydrolysis.

“Green burial” has also become a worldwide phenomenon, offering places for interment where a tree can be planted on the grave. This option reduces the resources needed to mine and transport stone from one part of the world to another to create a memorial. However, greener solutions will make a limited contribution to sustainability if they cannot accommodate mega city death tolls that reach tens of thousands every year.

Second, any changes to the funeral process must be affordable. Every family – whatever their income – should be able to show respect to their loved ones.

Some countries include access to a free burial or cremation as part of local taxation. It might even be appropriate to consider decent treatment of the dead as a citizen right. 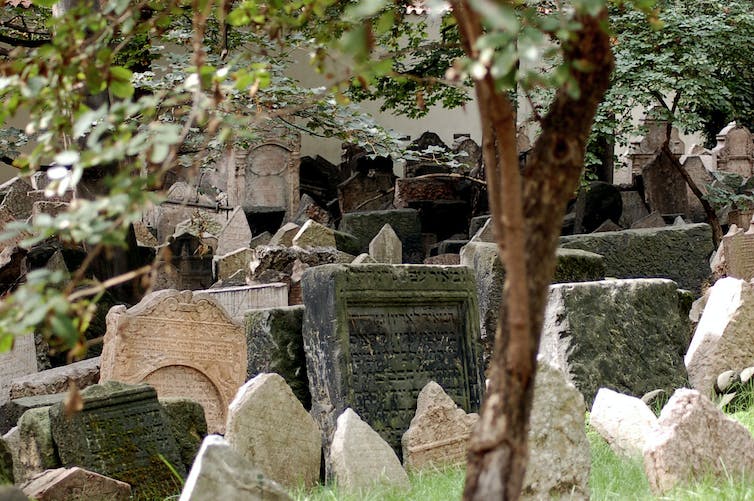 Third, any initiative delivering environmentally beneficial and affordable disposal of bodies must be sensitive to cultural differences in how people treat their dead.

Some funeral practices, which are defended on theological grounds, are unsustainable or can cause significant environmental damage. But there may well be room to offer sensitive compromise. For example, where grave reuse is not acceptable, some form of green burial might be a more sustainable option compared to the creation of further acres of concrete or stone.

Global population growth is driving disastrous levels of climate change. All aspects of life – and death – must adjust to lower levels of consumption. The wealthy dead cannot take more than their fair share.

Julie Rugg does not work for, consult, own shares in or receive funding from any company or organisation that would benefit from this article, and has disclosed no relevant affiliations beyond their academic appointment.