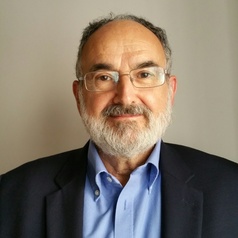 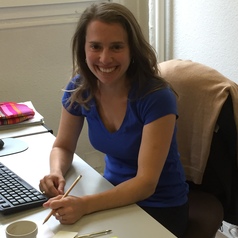 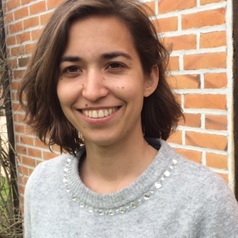 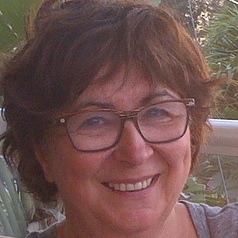 In a May 6 press release, the Italian government openly criticised an upcoming report of the World Health Organisation (WHO) intended to provide guiding principles and a framework for front-of-pack nutrition labelling in order to promote a healthy diet.

This press release is not trivial given that it occurs right before the meeting of the Codex Alimentarius (Food Code) committee, which will be held in Ottawa from May 13 to 17. Created in 1963 by United Nations Food and Agriculture Administration (FAO) and the WHO, the Codex Alimentarius is a set of standards intended to “protect health from the consumers” and “to promote honest practices as regards trade of foodstuffs”.

Serge Hercberg, Chantal Julia, Manon Egnell and Pilar Galan, researchers in public health nutrition, were part of the team that developed the Nutri-Score front-of-pack nutrition label adopted in France, Belgium and Spain and currently being discussed in many European countries. In this article they decipher for The Conversation the reasons of Italy’s highly unusual diplomatic offensive.

The context of the press release

In many countries, discussions are underway concerning a front-of-pack (FOP) label that provides real transparency on the nutritional quality of foods and would thus help guide consumers toward healthier choices. Such labels are strongly supported by public-health authorities and also consumer associations around the world. But many industrial lobbies consider that such labelling would be contrary to their economic interests and are thus are opposed to the measure.

Despite the widespread support of consumers for such labels and many scientific studies showing their effectiveness, the Italian government has recently implemented a strategy of active opposition aiming at preventing the deployment – particularly in Europe – of coloured FOP nutrition labels.

The most recent act to date is without a doubt an attempt to pressure the ongoing decision-making process within the Codex Alimentarius. Indeed, the Codex is not a passive document but the legal reference for the trade disputes between the countries. Its contents can thus influence in a durable way public policies on nutrition in many countries.

In his official statement, Gian Lorenzo Cornado, permanent representative of Italy at the WHO, asserted that “nutrient profiles intended to classify foods is a political concept without any scientific base”.

For public-health experts, this argument is both staggering and unacceptable. Unacceptable because, to support his statement, the ambassador makes reference to an opinion of the EFSA published more than a decade ago, and denies the evidence from numerous studies that have established the theoretical framework and the reliable methods to determine and validate nutrient profiles. These profiles reflect not only the nutritional quality of foods, but also the global nutritional quality of diets at individual levels.

Numerous studies have shown that nutrient profiles of foods consumed at individual level were associated with health outcomes. In addition, recent research has validated the profiling system underpinning the Nutri-Score.

Contrary to Gian Lorenzo Cornado’s assertion, the concept of nutrient profiles is based on scientific evidence that constitutes the backbone of the WHO report that he attacks. The Italian government’s strategy is clearly intended to defend certain economic interests and does not take into account the interest of consumers and the importance of public health.

Why this attitude of the Italian government

For his “demonstration” the ambassador uses the example of the UK’s “traffic light” food-labelling system, adopted in 2013. He argues that one year after their roll-out on a voluntary basis, a “dramatic decrease in the sales of all the most typical Italian quality foods” was observed. He thus concludes that “it is a clear demonstration that systems based on nutrient profiles do not lead to healthier choices and penalize Italian traditional foods”.

But this reasoning does not hold: that a food is “traditional”, “typical” or “gastronomical” does not mean that it is nutritionally superior and can be consumed without restriction. “Quality food” is not necessarily synonymous with “healthy food” – quality includes a range of dimensions, including the nature of the ingredients, its sensorial properties (taste, scent and more), its rooting in the culinary traditions of a country and also nutritional quality. By definition, a nutrient profile concerns only one of these dimensions, nutrition. And a food’s nutritional quality is undoubtedly the primary one to take into account when one is interested in the impact of foods on health.

A ban on foods that are too fatty or too salty?

Informing consumers on the reality of the nutritional quality of traditional foods does not preclude the fact that they can be consumed – it is in no way a “ban”. It only suggests that consumers should think about the frequency and amount that they should consume.

Traditional Italian cheeses (such as Parmesan or Gorgonzola) or processed meats (like Parma ham, prosciuttos, coppas and other salamis) are delicious… but they’re also high in saturated fats and salt and have a high caloric density. And the same is true of their equivalents in France, Spain, Germany, Switzerland, Holland and other countries. Such products can absolutely be part of a healthy diet, but they should not be overconsumed. Even olive oil, which has nutritive qualities and is a recommended option for oils, is by definition 100% fat and thus cannot be consumed at will.

Is the Italian offensive likely to succeed?

The meeting of the Codex committee, which begins on May 13, must contribute to international standards for nutritional information and provide clear directives for trade issues. The lobbies that are opposed to the implementation of nutritional FOP labels will try to block their deployment. It is clear that the Italian government will seek to use of its influence to do so.

In recent months Italy has worked actively at the state level, aligned its position with that of lobbies that defend the interests of certain industry groups and sectors of production. For international authorities, state-level lobbying obviously exerts much greater pressure than that of the industrial lobbies.

For the benefit of consumers and public health, let’s hope that the recognition of the scientific basis of nutrient profiles will finally counterbalance the purely economic arguments like those proposed by the Italian government.

More information on this subject, read the Nutri-Score blog post “The Italian government is trying to undermine a WHO report on FOP Nutrition labelling for obvious reasons: typical Italian products don’t come out well”.