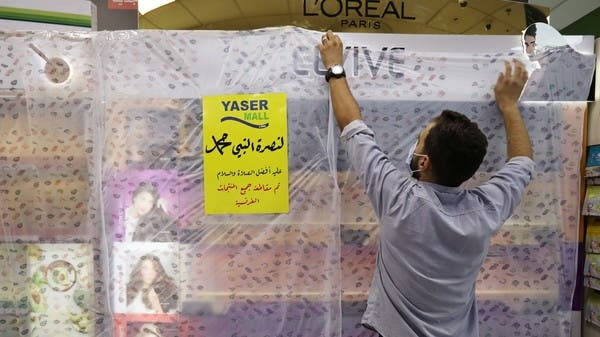 There have been calls in recent days in several Middle Eastern countries to boycott French products over the publication of satirical cartoons of the Prophet Mohammad.

France urged middle eastern countries to stop what it described as baseless calls for boycotts of French products being pushed by a radical minority.

According to the French foreign ministry, that there have been calls in recent days in several Middle Eastern countries to boycott French products, notably food products, and calls for demonstrations against France over the publication of satirical cartoons of the Prophet Mohammad.

President Emmanuel Macron vowed they would never give in to Islamic radicals.

On Sunday, Macron tweeted that France "will not give in, ever" to Islamic radicals, adding they do not accept hate speech but defend reasonable debate.

There are already growing calls to boycott French goods in the Arab world after Macron criticized Islamists and vowed to continue with cartoons depicting the Prophet Mohammed.

Macron's initial comments were in response to the beheading earlier this month of a teacher, Samuel Paty, outside his school in a suburb outside Paris after he had shown Prophet Mohammed cartoons during a class on freedom of expression.

The Organisation of Islamic Cooperation decried the murder but also criticized the "justification for blasphemy-based harassment" in the name of free speech.

Kuwait's co-ops, some the size of hypermarkets, have pulled several French products from its shelves.

The co-ops carry government-subsidized staples for Kuwaitis and account for a large chunk of retail in the country.

In Saudi Arabia, a hashtag calling for the boycott of French supermarket Carrefour was the second most trending on Sunday.

There are similar calls for a boycott in Jordan and Qatar.