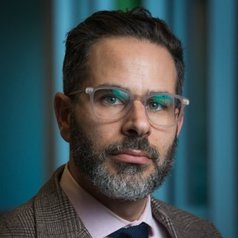 By Jeffrey B. Meyers

The ping pong legal battle between Ontario Premier Doug Ford and the City of Toronto — all of it playing out amid a municipal election campaign in Canada’s largest city — has highlighted Ford’s longstanding feud with his former foes on Toronto city council.

But Ford’s hurried attempt to reduce the size of Toronto city council for the upcoming Oct. 22 election has also unexpectedly shone a spotlight on certain shortcomings in Canada’s Constitution and its legal order — namely, the unprotected status of municipalities, and the mistake of including the notwithstanding clause in the Charter of Rights and Freedoms in the first place.

Its presence in the Charter undermines judicial review, the rule of law and ultimately the Constitution itself.

The Ontario Court of Appeal is the latest judicial body to weigh in on the Toronto municipal election controversy by siding with Ford on Ontario’s Bill 5, which would reduce the number of Toronto councillors from 47 to 25.

The appeal court overturned a ruling by Ontario Superior Court Justice Edward P. Belobaba, who found that key provisions of Bill 5 ran afoul of the section in the Charter that guarantees the rights of municipal voters and candidates to “freedom of thought, belief, opinion and expression.”

After the Superior Court ruling, Ford announced he would bring in new legislation that would invoke the notwithstanding clause in order to push ahead with the smaller council size. The Court of Appeal ruling now means Ford won’t have to use the so-called nuclear option to override the Charter.

Lost among the back-and-forth political battles between Ford and Toronto city council is that municipalities are not constitutionally protected as sovereign levels of government in Canada.

As a federal state, Canada is a confederation of two co-equal levels of sovereign government: provincial and federal.

But municipalities fall under the jurisdictions of provincial legislatures, so therefore have no entrenched or constitutionally protected status. Municipal governments are the closest to the people and to local communities and arguably have the biggest impact on the day-to-day lives of citizens, yet they’re the least powerful and the most vulnerable to encroachment by the provinces.

As we saw with Ford’s moves, the threat to use the notwithstanding clause permits Parliament or provincial legislatures to potentially override judicial rulings that declare legislation unconstitutional.

Key Charter rights can be circumvented

Not all Charter rights may be overridden, but many of the most crucial ones can be — including freedom of expression, the right to life, liberty and security of the person, as well as the basic rights incidental to arrest. Basic equality rights may also be overidden by the notwithstanding clause.

The inclusion of the notwithstanding clause in Canada’s Charter was a product of the delicate negotiations between the provinces and the federal government leading to the patriation of the Constitution in 1982. It was the key compromise that allowed patriation to happen.

Recently, the primary architects of the Charter have emphasized the danger of normalizing the use and application of the notwithstanding clause.

Prominent law professors and members of the legal profession in Ontario also signed a letter to Ford to the same effect.

Ford has stated he wouldn’t hesitate to use the notwithstanding clause in the future if courts rule against his government.

For most of the Charter’s history, the clause has been lightly used and gingerly treated. If that history is indeed coming to an end, we are in for a distinctly Canadian constitutional crisis — and an indication that Canada may be just as vulnerable to crude populism and authoritarianism as the post-Brexit U.K. and the United States of Donald Trump.

In both the U.S. and Great Britain — our larger and older common-law cousins — contemporary politics is now dominated by a neo-nationalist revolt of historic proportions.

In the U.K., there was Brexit and its lingering fallout. In the United States, there was the election of Donald Trump and his siren song to “Make America Great Again.”

Brexit voters, like Trump’s MAGA supporters, strongly repudiated elites and experts who did not adequately foresee their rage.

Both events heralded an increasing cynicism about reliability and honesty of established politicians, bureaucrats and the media. They also demonstrated an alarming vulnerability of established political, legal and constitutional norms to upheaval, and both have led to an extended crisis for democracy and the rule of law in each country.

Up until now, Canadians have been observing these events from the sidelines. But in Canada’s most populous province, Ford has shown he was ready to circumvent a court ruling to push his populist agenda. Despite the Ontario Court of Appeal decision to grant stay an emergency stay of the early lower court that Bill 5 violated the freedom of expression guarantee in the Charter, thereby extending the timeline of the dispute and lowering the political temperature in a way which removed the immediate controversy regarding the use of the notwithstanding clause, the underlyiig significance of these events can be read to suggest that Canada’s political and legal environment may not be as different from our closest allies as is sometimes supposed.

Perhaps it’s not terribly surprising. Comparisons between Trump and Ford, after all, have been made many times by various Canadian and American pundits. Trump too has railed against the power of the courts south of the border.

The notwithstanding clause of the Constitution states that “a province may expressly declare” when it intends to override constitutionally protected rights. Although the language is permissive, ignoring it can result in confusion and legal ambiguity.

The initial Bill 5 contained no such express declaration. The failure of the original legislation to anticipate that it would face a constitutional court challenge speaks to the inexperience and bluster of the new Ford government.

But Ford’s message, not unlike Trump’s, is clear: The courts aren’t elected, I am.

This is one of many respects in which Ford’s Ontario is beginning to look more like Trump’s America.