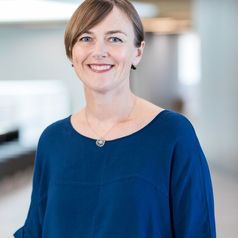 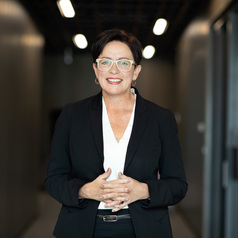 Australians have A$2.6 trillion in superannuation assets. We conducted a study of Australian women who influence or make decisions about how these assets are invested. Research shows gender-diverse investment teams lead to better investment returns. Yet women report being subject to sexist and unequal treatment in their industry.

While women are now the majority of finance graduates at some Australian universities, they remain a minority at all levels of investment management. They comprise 17% of Australian investment managers. On average they experience a 33% gender pay gap. This is almost 10 percentage points bigger than the gap across all industries.

The gender pay gap is particularly pronounced because discretionary bonuses make up a substantial portion of pay packets in investment management. Women are less likely to be in roles that are paid bonuses. The also report being paid lower bonuses than male equivalents.

Our survey and interview data from 127 women show investment management remains a “boys’ club”. Our findings mirror those of studies of women in Australian finance conducted since 1991. Little has changed over 30 years.

The women in our study were ambitious and passionate about working in investment management. They talked about the strong sense of purpose their jobs provided. They wanted more women making career decisions to be aware of the financial and intellectual rewards.

Most study participants were relatively senior, and most agreed they were treated with respect and had sufficient flexibility over work hours. But only half agreed their workplace treated men and women equally. A significant minority had experienced sexual harassment, offensive remarks or behaviours, and exclusion from important work-related events.

Working mothers have it hardest

Lack of accommodation of working mothers was the key problem identified.

More than half agreed working flexibly or part-time compromised career opportunities. Women described only limited access to flexibility and maternity leave, and stalled careers as a result. Women who took extended leave or “downshifted” were paid less than men in their cohort. This led to a widening pay gap over the course of their careers.

Other problems were identified:

Finance-sector organisations are under pressure to improve their accountability and performance following the banking royal commission. Having more diverse decision-making is key to this. Cognitively diverse teams are less likely to engage in group think or risky behaviours.

It’s important the leaders of investment management organisations show genuine commitment to improving diversity. It’s equally important this commitment is enacted by managers at all levels.

At the team level, managers should provide support and equal opportunities for women to “stretch” themselves and build their potential for promotion. We found women given the same career-advancing assignments as male colleagues advanced to senior levels and recruited more women at levels below.

One catalyst for change might be to link managers’ pay, bonuses or promotion prospects to achieving key performance indicators for supportive and equitable management practices.

At an industry level, superannuation funds such as HESTA are measuring gender diversity in the firms that manage their assets.

The research points to a need for organisations to “de-bias” all people management processes to ensure gender-equal outcomes in recruitment, allocation of assignments, development opportunities, promotions and remuneration.

To accommodate working parents, organisations should redesign jobs to allow for reduced workloads and career advancement. They need to develop strategies that minimise the impact of maternity leave on career trajectories. They should also encourage men to work flexibly and take extended parental leave, so this becomes a cultural norm.