For people with a mental illness, loved ones who care are as important as formal supports 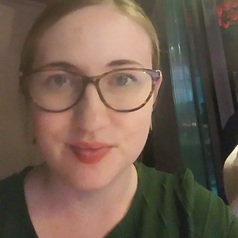 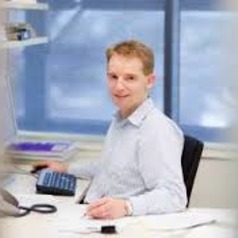 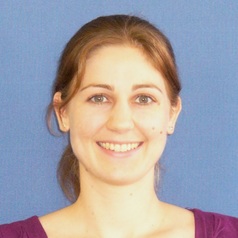 People living with mental illness often require support from carers, such as family and friends, on a long-term and somewhat unpredictable basis.

But these support networks are not always in place. Geographical or emotional distance from family members, conflict with friends, and the tendency for people with mental illness to withdraw from others means these individuals are often isolated.

In two Australian surveys – a national snapshot survey of Australian adults with psychosis and another looking at adults with long-term mental health conditions such as depression, anxiety, and psychosis – only one-quarter reported receiving regular assistance from family or friends. About three out of every four people living with mental illness reported the absence of a carer or other informal support.

For someone living with mental illness, having a carer or support person facilitates continuity of care and provides advocacy and support, particularly during and after episodes of acute illness.

People with mental illness are at their most vulnerable following discharge from hospital or other inpatient facilities. Reintegrating back into society can be challenging. And during this time, the risk of suicide is high.

It’s somewhat unsurprising, then, that people without a carer or support network face poorer outcomes in terms of recovery.

How does having a carer help?

Following hospitalisation for an acute episode of mental illness, people typically require assistance with a myriad of tasks.

They may need help with day-to-day activities like grocery shopping, cooking and cleaning. People in recovery may also need support to re-engage with the community, including returning to work or study.

They will likely benefit from assistance in adhering to care plans, including managing medications and attending follow-up appointments. A person recovering from hospitalisation for an eating disorder may need support from family members to ensure they are eating as much as they need to at mealtimes.

As well as these practical supports, someone recovering from an acute episode of mental illness requires ongoing emotional support which reaffirms their sense of self and capacity to recover.

We surveyed 105 Australian mental health carers and found the most commonly reported care tasks were “providing encouragement and motivation”, “prompting their loved ones to do things”, and “liaising with health professionals”.

Carers spent the majority of their caring time providing emotional support, and the least of their care time assisting with activities of daily living, such as feeding and dressing.

Research has shown having a carer increases the likelihood of follow-up care and better health outcomes in the short and long term. Following hospitalisation, carers can recognise and respond to early warning signs of relapse and encourage better engagement in prescribed care plans.

And although it’s rarely considered part of the caring role, safe and stable housing is crucial for recovery. Most mental health carers also live with the person they are caring for.

What about discharged patients who don’t have informal supports?

The transition from hospital to home can be frightening and difficult. Patients tend to become accustomed to the day-to-day hospital routine and in turn can feel increasingly disconnected from the outside world. These challenges are exacerbated in the absence of support from health professionals, family or friends.

Without family or carer involvement at discharge, a person with mental illness may be more likely to relapse and be readmitted, falling into a “revolving door” pattern of multiple hospitalisations.

One study of older psychiatric patients found absent or dysfunctional family support was one of the strongest predictors of hospital readmission in the 18 months after discharge. Patients without reliable family support were nearly twice as likely to be readmitted to hospital than those who had dedicated family carers.

Similar results have been found in broader and larger samples. Among 1,384 adult patients admitted to a psychiatric hospital, unreliable social support at discharge was associated with an increased risk of being readmitted to hospital within one year.

Further, reduced social support and lack of continuity of care has been shown to be an important predictor of suicide following hospital discharge. For self-harm and suicide, the risk is most pronounced in the three months following discharge from hospital.

What needs to improve?

Alongside the absence of family support, lack of connection with community-based services and supports is similarly associated with poor post-discharge outcomes.

Discharge planning and transitional programs have been established to provide additional practical and emotional support to people with mental illness after they leave hospital. These have reported promising results in terms of preventing hospital readmission and promoting engagement with community treatment (such as psychological support services, medication monitoring, and alcohol and drug recovery services). Further research which identifies the key benefits of such programs is needed, using larger controlled studies.

Another solution is improving housing support for mental health patients after discharge. Programs such as Housing Mental Health Pathways in Victoria assist people with mental illness and a history of homelessness who have no suitable accommodation at the time of hospital discharge. More programs like this are needed.

The time following hospitalisation is one of the most vulnerable for people with mental illness. More needs to be done at both a community and policy level to better support people during this period – particularly those without a carer or informal support network.

If this article has raised issues for you or you’re concerned about someone you know, call Lifeline on 13 11 14.