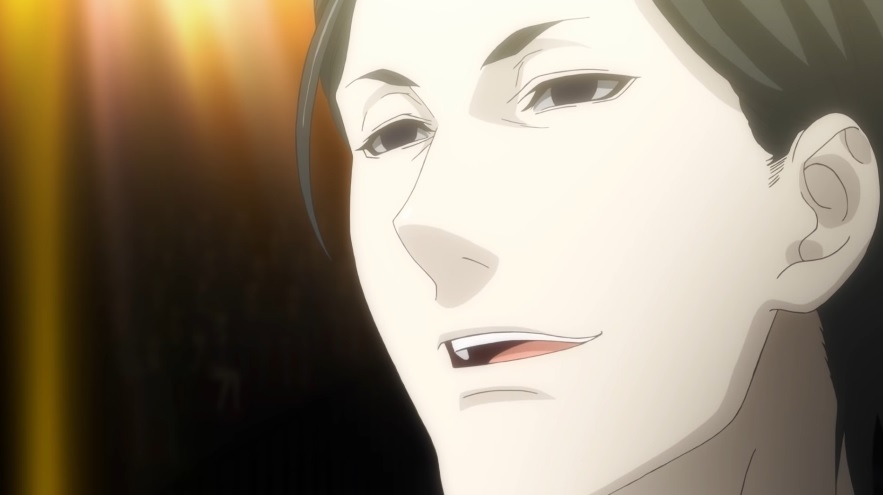 The Promotions Exam arc continues in “Food Wars” season 4, episode 6, this time, focusing on another interesting character from the side of Central – Somei Saito. The main event of the entire arc is the Regiment de Cuisine between the Central and the Rebels. The latter is led by Erina Nakiri and Soma Yukihira.

“Food Wars” season 4 episode 6 will likely wrap up the 3rd Bout with only the duel of Soma and Somei left unresolved. Before the judges’ decision is revealed, the series will first reveal a heartbreaking story about Somei’s past.

Butter is the theme of Somei and Soma’s battle, but the Central chef will still manage to incorporate this ingredient to his specialty that is fish. Somei is a sushi chef, and “Food Wars” season 4, episode 6, will reveal how the devastating story about his mother built his character.

Flashback scenes to Somei’s younger years can be expected in “Food Wars” season 4, episode 6. He was raised alone by his mother while also running a small sushi diner. His mother got an apprenticeship at a renowned sushi restaurant called Shiragami, so they temporarily closed their sushi diner. But instead of getting proper training, she was limited to running physically straining errands, causing her sickness that eventually led to her death. Somei has been aggrieved of the fact that male chefs at Shiragami looked down on his mother simply for being a female sushi chef – a real-life struggle in the sushi industry.

Somei’s conversation with Azami before the Regiment de Cuisine will be shown in “Food Wars” season 4, episode 6. Azami capitalizes on Somei’s bitter experiences and promises that if his “revolution” succeeds, everyone will be treated equally in the culinary world.

“Food Wars” season 4 episode 6 will possibly wrap up the 3rd Bout by revealing who wins between Soma and Somei. While the sushi expert will be presenting a dish that fully utilizes butter as an ingredient, Soma will also be able to present a strong dish to given the Rebels another win.

Without any delays, “Food Wars” season 4, episode 6, should be released on Saturday, Nov. 16. Fans outside Japan can catch new episodes via simulcast on Crunchyroll.