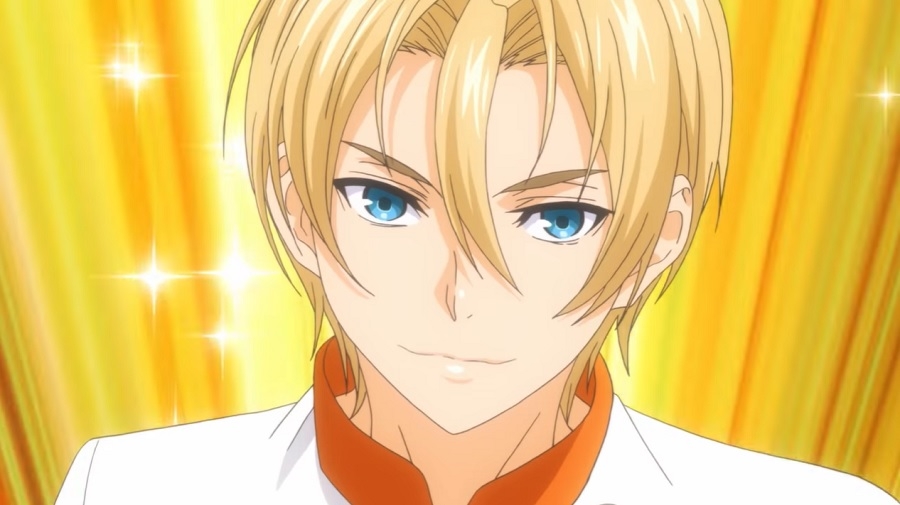 The 3rd Bout of the Rebels vs. Central Régiment de Cuisine will continue in “Food Wars” season 4, episode 5. Based on the next episode’s title, the story will be focusing on Takumi Aldini’s battle against the current Elite Ten 7th seat, Etsuya Eizan.

Eizan has been established as a very skilled chef with the prowess in managing his own sketchy business while also manipulating other businessmen into complying with his orders. He has proven to be an asset to the Central and the Azami Nakiri administration that could make anime-only fans worry about Takumi’s duel with him in “Food Wars” season 4, episode 5.

The theme of Takumi and Eizan’s battle is beef. The episode will likely pick up from the events following the presentation of Megumi and Momo’s apple dishes. “Food Wars” season 4, episode 5, could start by focusing on Eizan and Takumi’s ongoing dish preparations. This would eventually reveal that Eizan has decided to whip up his version of roast beef with a secret ingredient.

Even the series’s meat expert Ikumi Mito will be impressed by Eizan’s dish to the extent of calling it the “finest” roast beef she has ever seen. On the other hand, Takumi uses his newly learned cooking techniques combined with what he knows best, and that is Italian cuisine, so he prepares a dish called Doppio Mezzaluna Pizza. Takumi and Eizan’s battle in “Food Wars” season 4, episode 5, is also significant because the latter has previously fixed battles with an intent to destroy Aldini. Eizan brings it up during the 3rd Bout to rattle his opponent. But Takumi insists on not fixating on the past and simply wanting to win in the ongoing Regiment de Cuisine.

“Food Wars” season 4, episode 5, will likely reveal that Eizan is confident of adding his secret ingredient that turns out to be artichokes. He uses not to better the taste of his dish but to disrupt the judges’ palate and make Takumi’s dish taste sweeter than he intends through a compound called cynarine that artichokes produce.

“Food Wars” season 4, episode 5, will be released on Saturday, Nov. 9. Fans outside Japan can watch the episode as it airs through a simulcast on Crunchyroll.