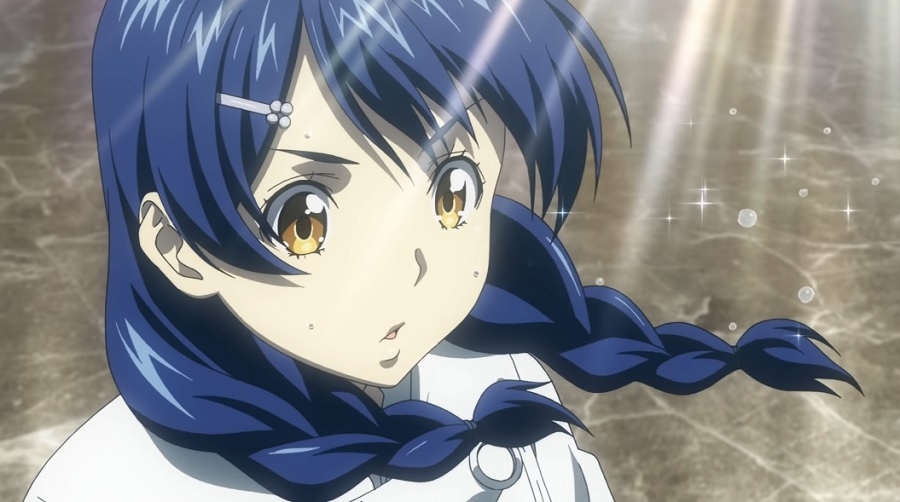 The ongoing Regiment de Cuisine is getting halfway through the competitions as “Food Wars” season 4, episode 4, tackles the student chefs’ preparations for the 3rd Bout. Based on the next episode’s official title, most of the episode is likely focused on Megumi Tadokoro’s training, surprisingly, under Kojiro Shinomiya.

The Rebels, led by Erina Nakiri, have encountered ups and downs in the first to rounds of the Regiment. The good thing is Erina’s strategy is working that was to exhaust Central’s strongest players, namely Eishi Tsukasa and Rindo Kobayashi. They will not be competing in 3rd Bout, increasing the Rebels’ chances of winning more duels. But “Food Wars” season 4, episode 4, will focus first on the Rebels’ preparations before tackling the actual cooking duels.

Fans saw Shinomiya arriving at the arena by the end of episode 3, but what brought him there will only be revealed in “Food Wars” season 4, episode 4. Gin Dojima asked Shinomiya to help in training the younger chefs. Dojima teaches Takumi Aldini while Joichiro Soma trains his son, Yukihira Soma.

Shinomiya is assigned to Megumi, which is an interesting pairing considering their history. It can be recalled that they fought in an unofficial shokugeki back in the Training Camp arc. In “Food Wars” season 4, episode 4, Megumi is immediately haunted by their previous intense duel. Meanwhile, Takumi and Yukihira are a little envious that she gets to train under the world-renowned French cuisine chef.

Megumi’s training starts very rough as she does not get anything right. But Shinomiya will eventually break through her by talking to her like a sports coach as she recalls a pep talk from her favorite shoujo manga. “Food Wars” season 4, episode 4, will likely unveil the themes for the 3rd Bout. Megumi picks apple while Takumi and Yukihira will be cooking with beef and butter, respectively.

“Food Wars” season 4, episode 4, and the episodes in the coming weeks are going to be more exciting as the fans watch the Regiment de Cuisine further unfold. The Rebels need to win to oust the Azami administration and its mission to proliferate the misconstrued principle of “true gourmet.” The Megumi-focused episode will air on Nov. 2.