Flying on Saturn’s moon Titan: what we could discover with NASA's new Dragonfly mission 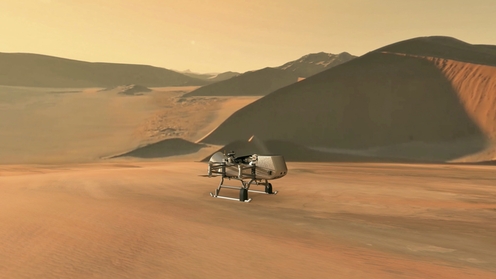 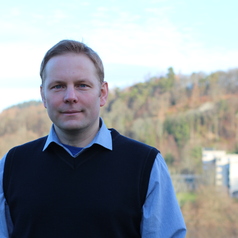 Flying on other worlds is the next leap in the exploration of our solar system. The Mars Helicopter will piggyback on the NASA Mars 2020 rover mission to demonstrate the technology. But this is only the start. The real prize will be the Dragonfly mission in 2026, sending a drone to Saturn’s largest moon, Titan – as just announced by NASA.

For a craft to become airborne, it needs air or, more generally, an atmosphere. Only a handful of objects in our solar system fit that bill. Titan boasts an atmosphere thicker than Earth’s, which has shrouded this world in mystery for a long time. Studies have shown Titan may be able to host primitive lifeforms and is the ideal place to study how life may have arisen on our own planet.

Titan is the second largest moon in the solar system behind Jupiter’s Ganymede. In fact, Titan’s diameter of 5,149km is larger than the planet Mercury’s at 4,880km. Its atmosphere consists mainly of nitrogen (96%), similar to Earth’s atmosphere (80% nitrogen, the rest being oxygen and less than 1% of other trace gases). The Cassini spacecraft orbited Saturn from 2004 until 2017 and was the first to use radar and other instruments to peer underneath Titan’s clouds during numerous flybys.

The Huygens probe touched down on Titan’s surface in 2005. It revealed that Titan is the only world in our solar system other than Earth with a currently active hydrological cycle – complete with rain, rivers and lakes, some of them more than 100 metres deep. The only difference is that it is not water raining from the clouds. 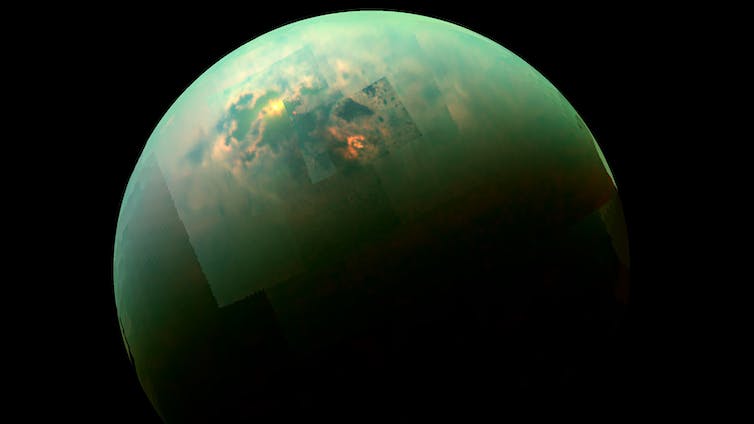 Because Saturn and its moons are about ten times further from the sun than the Earth, temperatures there are so low (-179°C on average) that water is frozen solid at all times and behaves like rocks on Earth. Instead, hydrocarbons such as methane, a gas at temperatures typical for Earth, condense into a liquid that fills the lakes. Other complex organic (meaning carbon-based) molecules form in Titan’s atmosphere and fall like snow. This snow is then rearranged into dunes by wind.

The Dragonfly mission will land in 2034 in the relative safety of one of those dune fields called Shangri-La. From there, it will fly to different locations to investigate the nature of the organic material. One important aspect of the mission is to shed light on the processes that led to the origin of life on Earth. We know that macromolecules such as DNA and proteins formed from simpler organic molecules such as amino acids. But we haven’t pinned down the exact intermediate steps in this process – something that we may be able to observe on Titan.

With all these building blocks around, there is speculation about whether life – for example, in the form of microorganisms – could exist on Titan. But how likely is this? It is thought that life at the very basic level needs at least three ingredients: liquid water, a carbon source and an energy source.

Though there is plenty of carbon around on Titan, the cold temperatures keep water in its solid form as ice and also limit the energy available. However, liquid water may exist below the frozen surface. We also know that water plumes erupting from neighbouring moon Enceladus do rain down onto Titan’s upper atmosphere, providing a key source of oxygen.

There are many forms of microorganism that can live under extreme conditions on Earth – so-called extremophiles. But even among those, basic life functions seize at temperatures below -20°C. So for life to exist on Titan, we would need to stretch the envelope of suitable conditions we know from Earth quite far. But then again, life on Earth is the only example we know of to date and we may be limited in our imagination. Even if it looks only like a remote possibility, the Dragonfly mission will properly assess the habitability of Titan and look out for signs of potential life, past or present.

A compelling target to address both how life arose on Earth and whether it currently exists is the 80km diameter Selk impact crater, which is one of the flight destinations. Here, the impact that created it in relatively recent times on the geological timescale melted water ice and provided energy in the form of heat to allow such reactions to take place.

Flying a drone on Titan promises to be an out-of-this-world experience that also takes us back in time!