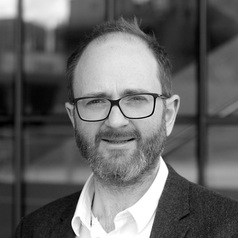 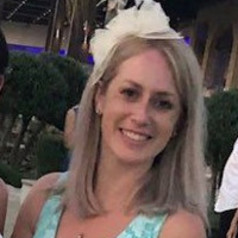 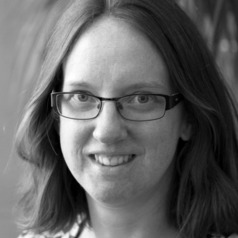 It’s becoming a familiar scene on the news: sodden British people wading through streets up to their knees in flood water. From Stirling to Sheffield, many parts of the UK in 2019 felt the impact of severe surface water flooding – often referred to as flash flooding – that followed torrential rain. As the climate changes and the UK experiences more intense summer storms, this is becoming an increasingly important issue.

Surface water flooding is what happens in built-up areas when heavy rainfall has nowhere to go. Unable to enter a watercourse or drainage system, the water instead flows over the ground causing flash flooding. Increased development means more areas are paved over, leaving fewer places for rainfall to drain away. And more frequent heavy rains overload the sewer and drainage network, which makes flash flooding more likely.

James Bevan, chief executive of the England and Wales Environment Agency, said this kind of flooding “threatens more people and properties than any other form of flood risk”. In 2016, the UK government included surface water flooding on the national risk register.

Unlike river and coastal flooding, which can be widespread (as was seen in November 2019 across parts of northern England), surface water flooding presents unique challenges because it’s difficult to predict the location, timing and impact of what are typically localised events.

As the climate changes and urban populations grow, the number of people at risk of surface water flooding increases. This risk is particularly high in Scotland with over 100,000 properties identified at risk from flash floods. And for many people, even if their home or business is not at risk, there’s a good chance the roads or railway lines they use are.

Although Scotland’s river and coastal flooding warning systems are well established, surface water alerting is still in its infancy. To address this gap, the Scottish Environment Protection Agency (SEPA) is continually developing its flood forecasting service with the Flood Warning Development Framework for 2017-21, which aims to explore and test innovative ways to warn people about flash floods.

The uncertain nature of intense storms means that heavy rainfall can happen without much warning. This coupled with the pressure that excess natural run-off puts on man-made drainage networks when there are fewer places for water to go, makes surface water flooding forecasting a real challenge.

It’s a particularly acute problem in Scotland where the climate and geography contribute to the high uncertainties around predicting the location and timing of flooding. A 2016 study found the most dangerous flash floods in the UK include those that resulted from rapidly developing thunderstorm systems. Such storms can result in sudden and dangerous flooding in urban areas – yet these are the most challenging weather systems for flood forecasters to predict.

In the past five years, there has been a rapid development of thunderstorm numerical weather prediction computer models and advances in what is called probabilistic ensemble forecasting. This means instead of making a single forecast of the most likely weather, a set (or ensemble) of forecasts is produced, giving an indication of the range of possible weather ahead. Combined with an increase in computing power and skill, it is now becoming feasible to develop flash flood forecasting systems for urban areas.

Earlier this year, we were commissioned by SEPA to review the state of the science behind surface water flood forecasting in Scotland. Based on an extensive review of published research and reports, coupled with discussions with industry experts, we show that recent advances in computing, thunderstorm models, ensemble forecasting and surface water modelling mean that it is possible for SEPA to explore and build on the accumulated global knowledge about flash flood forecasting.

The risk of surface water flooding in Scotland is communicated through SEPA’s Flood Guidance Statement and Flood Alerts, where assessment is based on predetermined rainfall amount and duration thresholds and local expert knowledge. This helped to provide the UK’s first surface water flood risk forecasts for each of the big sporting events at the 2014 Commonwealth Games in Glasgow.

This information is useful to emergency services and the public, but the ability to provide detailed information on the location and timing of flash flooding remains limited. SEPA’s review highlights the growing need to provide more focused forecasts to help those concerned make the right decisions. It also identifies opportunities to learn how other countries respond to similar flooding that could be applied to Scotland.

The review provides several examples of initiatives that could improve the monitoring of flash flood impacts, including better use of crowdsourced data, as happens in the Netherlands, and better weather forecast visualisation tools (such as 3-D interactive displays and animations) as demonstrated in Spain.

It may never be possible to prevent flash flooding, but reliable and early forecasting can help improve the capacity to prepare, respond and recover. The recent introduction of thunderstorm models and ensemble forecasting has resulted in significant advances in forecasting rainfall. This means it may now be possible to forecast flash flooding in urban areas, as well as make forecasts and warnings more focused and easier to understand, which in turn will help people make better, more informed decisions.

Producing flood forecasts for any particular location is likely to remain challenging beyond a few hours in advance – there will always be limits to the predictability of extreme rainfall. But our capacity to predict extreme weather is constantly improving, which SEPA may be able to apply to surface water flood forecasting.

Solutions for communicating uncertainty of heavy rainfall forecasts continue to develop. Our work means that a step-change in flash flood forecasting that builds on the experience of SEPA, the rest of the UK and other countries, is now possible. Making the best use of all available data – including social media and crowdsourced data – will increase awareness of flash flooding and help communities prepare and respond more effectively.