Gambling City Gems Around the World

What Are The Differences Between Rolling Papers and Blunt Wraps?

High hurdle rates are holding back businesses, but perhaps they should be 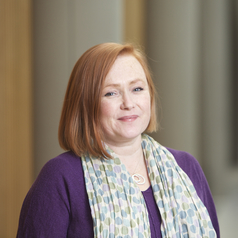 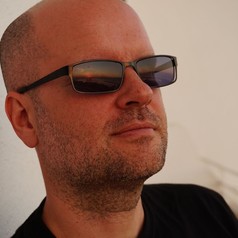 Being vegan appears to be all the rage in Britain. The news that McDonald’s has launched a new plant-based “Happy Meal” for children based on a vegan “wrap” would seem to bear this idea out. McDonald’s new offering is the latest in a wave of vegetarian or vegan product launches, including Gregg’s vegan sausage rolls, a new Marks & Spencer vegan range, and Waitrose’s expansion of its plant-based product line.

The Happy Meal however, is especially interesting – meaty fast-food tie-ins aimed at children, unlike most mainstream food products, combine the consumption of food and the sympathetic engagement with animals. Until now, Happy Meals have diverted children’s affections towards those characters and away from the unhappy truth of the mass exploitation of animals, whose bodies are packaged in the meal box.

By making a point that one of the Happy Meal options is now meat-free, will chidlren’s attention be drawn to the reality that there are dead animals in the other options? And as children are encouraged to care about certain animals – while still learning the social norms of which ones we love and which we use – how might they respond?

Tie-ins promote one product using the imagery of another, for example by giving away a figurine or toy relating to a popular movie with an otherwise unconnected food product. Tie-ins aimed at children often involve toys based on animals from current popular children’s culture that capitalise on children’s love of the film, TV show or game they represent. They’re given away free with boxed meals typically consisting of a burger or nuggets, fries and a soft drink.

According to food writer Eric Schlosser, McDonald’s sells or gives away over 1.5 billion toys a year, accounting for almost a third of all new toys given to American children.

There’s an irony at work here – using a toy animal as a promotion for a meat-based meal distracts children from the dead animals whose body parts are in the box. The aim is to direct a child’s attention to the anthropomorphised toy and distract them from the idea of the actual flesh of exploited animals that is actually being consumed. Children are thereby socialised to distinguish some animals – these characters which have names – as appropriate for emotional engagement, from others that have been reduced to objects for consumption.

Chicken Run and other stories

In 2000, Burger King marketed a Kids’ Club Meal tie-in with the animated movie Chicken Run. The film follows a group of chickens trying to escape from a chicken farm producing chicken pies. The farmers are the baddies and the viewer is invited to side with the chickens as they resist their fate. Chicken Run seems to challenge the exploitation of chickens as food – so how did Burger King Burger promote sympathy for anthropomorphised chicken characters alongside promoting consumption of real chicken’s bodies?

Our research suggests that toys are stylised in ways that minimise the connection between toy characters and the real animals presented as food. The Chicken Run toys, for example, minimise the characters “animalness” – the toys combine as a set to build an aircraft, so the chicken characters become a machine when assembled. So the child’s attention is directed at building a toy machine rather than thinking about animals.

In contrast, films such as Lion King (1994) or 101 Dalmations (1996) feature animal characters whose real-life counterparts are not, at least in dominant Western culture, seen as sources of food. The toys that appeared in promotional fast-food tie-ins for these films were more anatomically accurate and individual. Some Lion King toys – characters from the film have been used by various fast-food retailers to promote their offerings – had moving limbs, which resulted in a degree of interactivity between the child and the toy. But considering the animalness of the toy did not pose a threat to the animalness of the meal.

More recently, children’s fast-food meals have not featured as many movie tie-ins as they once did. McDonald’s current Happy Meal promotion, which accompanies its new vegetarian meal, is the multimedia fictional creature franchise Pokemon – which features living characters that are not based on animals.

Other recent promotions have featured Animal Jam and Angry Birds characters. Both of these are online animal-themed games for children that feature highly stylised animal characters. So the risk of connection between toy, food and real animal lives that are worth protecting is minimised by the increased distance between the toy characters and real, identifiable, species.

McDonald’s has always depended on securing the loyalty of child consumers and its Happy Meals have been a very successful way of attracting them in while diverting their attention from the fact that what they are eating is the flesh of animals they would most likely care deeply about if they encountered them in real life.

But now the fast-food giant – as well as many other food retailers – is realising the growing strength of the vegetarian/vegan pound. So it’s going to be interesting to watch how these companies continue to encourage their young customers to love some animals while hoping they’ll continue to enthusiastically eat other creatures.