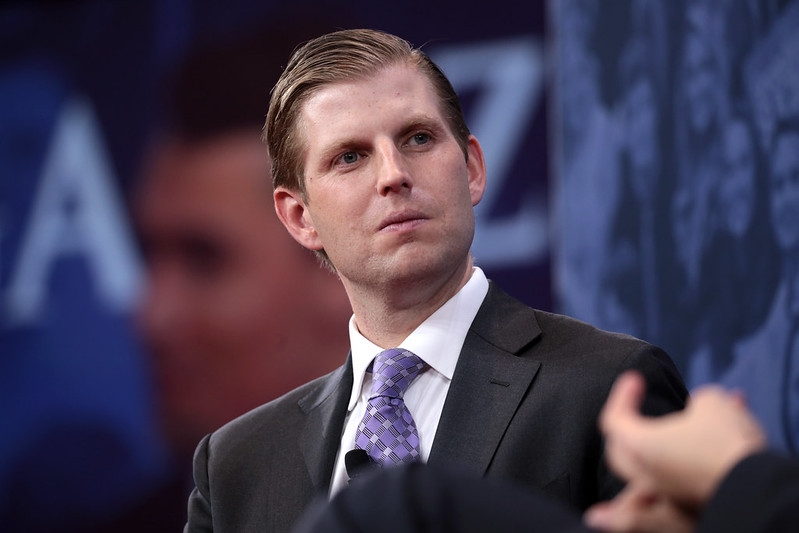 President Donald Trump’s son Eric Trump has been criticized for making claims about the coronavirus that has no scientific basis and runs counter to health experts’ projections. According to the younger Trump, the coronavirus will “magically” disappear after the November election allowing the country to fully reopen once more.

The surprising claim was made by Eric Trump in an interview with Jeanine Pirro of Fox News on Saturday night. He also claimed that President Donald Trump’s critics employed what he called “cognizant strategy” by using the coronavirus pandemic to undermine the POTUS’ rallies, according to The Washington Post.

“You watch, they’ll milk it every single day between now and November 3,” Eric Trump said during the interview. “And guess what, after November 3, coronavirus will magically, all of a sudden, go away and disappear and everybody will be able to reopen.”

Eric Trump’s claims, however, go against projections made by various health experts. For instance, top infectious diseases expert Dr. Anthony S. Fauci said that coronavirus infections would likely continue beyond fall. In addition, CDC director Robert Redfield said that the second wave of coronavirus infections would likely coincide with the flu season which could make it worse.

“They think they’re taking away Donald Trump’s greatest tool, which is being able to go into an arena and fill it with 50,000 people every single time,” Eric Trump added.

However, Biden’s camp called his comments reckless. “We’re in the middle of the biggest public health emergency in a century, with almost 90,000 Americans dead, 1.5 million infected, and 36 million workers newly jobless,” Kate Bedingfield, Biden’s communications director, responded, according to The Guardian.

“So for Eric Trump to claim that the coronavirus is a political hoax that will ‘magically’ disappear is absolutely stunning and unbelievably reckless,” Bedingfield added.”

Meanwhile, Donald Trump Jr. also attacked Biden by posting a meme on social media that “baselessly insinuated that Biden, his father’s probable opponent at the polls in November, was a pedophile.” However, Trump Jr. later claimed that was just “joking around.”

“No repulsive, manipulative tactic will change the subject from how almost 90,000 Americans have paid for Donald Trump’s coronavirus negligence with their lives and how the booming economy he inherited from the Obama-Biden administration is now suffering from depression-level job losses,” Biden’s spokesman, Andrew Bates, responded.