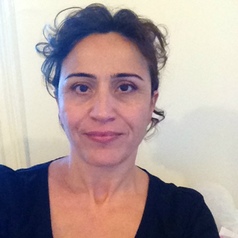 On any other Friday the government’s major report on the energy market rip-off would have been headline news. It was the result of a two-year investigation by the Competition and Market Authority (CMA) into why household bills keep rising – a process that started with a probe by energy regulator Ofgem way back in 2008.

But Brexit meant that the report, published on June 24, passed by largely unnoticed. This is a shame, as bills keep rising, and the CMA’s proposals won’t solve the problems in the energy markets.

Here are four key ways the government’s investigation has let down consumers:

1) The big six will still dominate

The UK energy market is dominated by a “big six”: Centrica, SSE, EdF, EoN, Scottish Power and Npower. They are involved in both the wholesale (generation) and retail (supply) markets, controlling around 90% of the sector.

The CMA isn’t too worried about this sort of “vertical integration”, pointing to the recent emergence of new challengers such as Nottingham-based Iresa, the low returns on offer in the wholesale market, and the low possibility of price discrimination in the same wholesale market (where electricity generators charge different suppliers different prices).

There are a number of problems with this. The low profits from generation don’t reflect effective competition and a lack of market power – it just shows these big companies are able to keep their generation profits low because of higher profits on the retail side of the business. Previously (prior to 2002) they were able to balance out their revenues in the opposite manner, with low revenues from the retail trade counterbalanced with higher cash flow from the wholesale business.

In any case, despite the new entries, the big six still control the vast majority of the energy market. It’s questionable if these new entrants will stick around – as many new companies disappeared in the past. And even if these firms cannot use price discrimination this is not a guarantee against abuse of market power in a sector where wholesale prices are passed onto customers.

2) Responsibility shifts from companies to consumers

The CMA found that more than half of customers never switch their suppliers and around 70% are on the most expensive tariffs, despite often substantial gains from switching. Its estimates suggest that energy customers have been overcharged to the tune of £1.4 billion per year, something the CMA largely blames on a lack of switching by consumers.

This lets companies off the hook, however, and shifts the responsibility for competition onto customers in an industry struggling with market domination by a few firms. One of the remedies proposed by the CMA is a price cap for vulnerable customers. However experts from in and outside the CMA investigation challenged the narrow definition of “vulnerable” which only included those on prepayment meters (just 16% of domestic users).

Measures introduced after Ofgem’s Retail Market Review in 2010 have been identified as the second culprit for the problems in the energy markets. Aiming for “simpler, clearer and fairer” conduct in pricing energy, these interventions lowered the number of tariffs each supplier could offer to four. Ofgem also required price comparison websites to provide full rather than partial information about available offers.

The CMA says these measures made energy markets less competitive. But this ignores the widespread dissatisfaction with the previous situation in which each supplier offered a large number of tariffs which many customers found complex and confusing.

The CMA’s analysis privileges “competition” over social and consumer welfare: competition at any cost, be it through artificial complexity created by extra tariffs or information withholding by comparison websites.

4) It has taken far too long

The six large energy suppliers have effectively been under investigation since 2008, starting with the Ofgem probe. The long periods involved in such investigations mean consumers continue to be exploited in the interim. This is particularly noteworthy as privatisation is conventionally expected to reduce the inertia and heavily bureaucratic procedures, often associated with public provision.

But aside from a false dawn that lasted a few years immediately after privatisation, the energy sector failed to deliver on its own promises of lower prices. In 2014 British households spent 75% more for electricity and 125% more for gas in real terms than they did in 2004. This is despite the fact that gas consumption declined by around 30% in the same period while electricity consumption went down by around 15%.

It is high time, therefore, the public sector takes control of the UK’s energy through nationalising the industry progressively over time. This would not only eliminate abuse of market power by big players, but also secure the UK’s future energy supplies and reduce its carbon emissions.

Hulya Dagdeviren does not work for, consult, own shares in or receive funding from any company or organisation that would benefit from this article, and has disclosed no relevant affiliations beyond the academic appointment above.