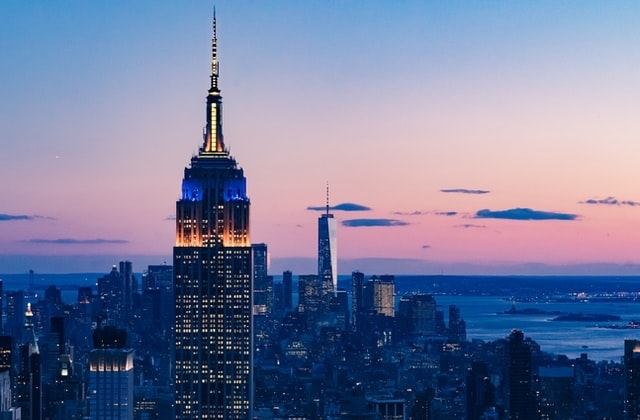 The Empire State Building is one of the famous buildings in New York. The Art Deco skyscraper sits in Midtown Manhattan, and almost everyone in the world knows about it.

Now the 102-story building was revealed to have teamed up with a brewery company to create its own craft beer. It was reported that it has collaborated with retail firm Craft + Carry and Five Boroughs Brewing, so visitors can drink an exclusive beer when they drop by the Empire State Building.

The building is a popular tourist attraction in New York, and people from around the world make sure to visit when in the city. To make their visit more refreshing and memorable, the Empire State Building is offering its craft beer called View from the Top, and this was already launched this week.

The building’s hazy India pale ale (IPA) is a new brew that will only be sold at the building. Fox Business reported that the Hazy IPA would be offered exclusively to guests at the Empire State Building’s observatory located on the 86th floor. The beer is limited edition, and it can show the close-up view of the observatory’s binoculars with the gray city backdrop.

While the building or the brewing company did not mention why the View from the Top beer was created, it was posted on Craft + Carry and Five Boroughs Brewing’s social media that their collaboration with the Empire State Building is in connection with its 90th anniversary. This is said to be an ongoing celebration since May of this year.

In fact, last month, the Empire State Building also teamed up with another brewery company, the Bronx Brewery, to serve beers to the observatory’s visitors during weekends. It has brought the Oktoberfest to the 86th floor, and the beer from Bronx Brewery was made available from Oct. 14 to 30.

“We continue the 90th Anniversary celebration of the World’s Most Famous Building this fall in partnership with local favorite Bronx Brewery,” Associated Press quoted the Empire State Building Observatory president, Jean-Yves Ghazi, as saying back then.

He added, “With the implementation of our industry-leading indoor environmental quality, our guests can enjoy our new reimagined, immersive digital and tactile exhibits with confidence before they relax with an evening drink and the most spectacular 360-degree, open-air views that New York City can offer.”

Meanwhile, the View from the Top beer will be available at the ESB’s Observatory from Thursday to Sunday throughout November from 4 p.m. to 11 p.m.