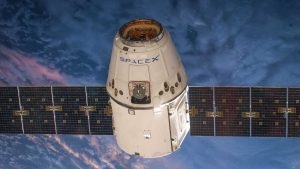 Starlink is a satellite-based internet network that is designed to blanket the planet with high-speed broadband and potentially provide connectivity to billions of people who don't currently have it.

Vice Prime Minister Dmitry Rogozin of Ukraine requested that Musk deliver internet access to the country amid Russian assaults, and Elon Musk obliged, according to a Twitter exchange between the two on Saturday.

Ukraine's Mykhailo Fedorov, who is also the country's digital transformation minister, told Musk in asking him to provide Ukraine with Starlink stations, that while he is trying to colonize Mars, Russia is trying to occupy Ukraine and its rockets attack Ukrainian civil people!

The exchange transpired as Russian President Vladimir Putin ordered his country's deterrence forces, including nuclear weapons, to be activated.

Starlink is a satellite-based internet network that is designed to blanket the planet with high-speed broadband and potentially provide connectivity to billions of people who don't currently have it.
To fulfill this goal, thousands of satellites must operate in low-Earth orbit, about 340 miles up, to provide continual coverage.

According to SpaceX, the Starlink network was recently deployed in Tonga, in the South Pacific Ocean, to provide internet service to remote villages following the eruption of an underwater volcano in January. The eruption was most likely the largest recorded anywhere on Earth for more than 30 years.