Ellen DeGeneres, Portia de Rossi not on speaking terms due to jealousy? 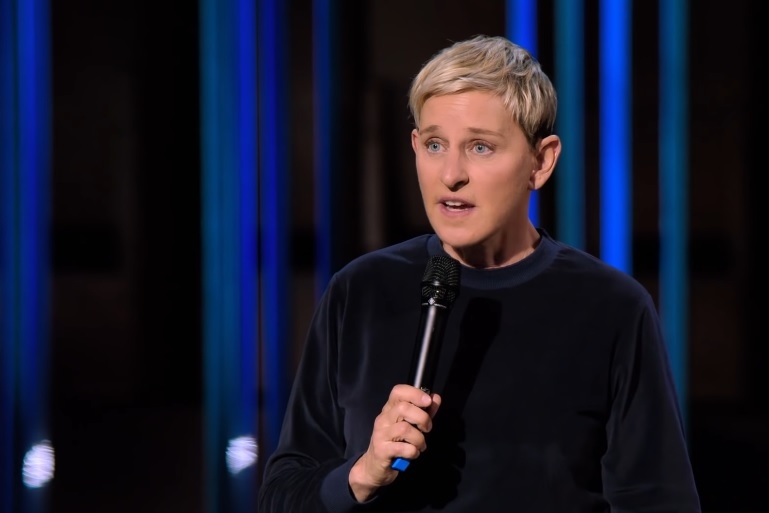 From the trailer of “Relatable” — Ellen DeGeneres’ stand-up comedy special in 2018. | Photo by Netflix/YouTube screenshot

Portia de Rossi has since retired from her acting career, except for new installments of “Arrested Development,” and venture on a new career path. But a rumor says this has caused her wife, Ellen DeGeneres, to feel jealous and left out.

The report of jealousy over de Rossi’s new company only adds to the rumors that they are on the verge of getting a divorce. But how true are these claims?

Earlier this month, Life & Style tabloid claimed that the talk show host has been feeling jealous that de Rossi’s attention is directed to her art company General Public. A source of the publication said DeGeneres has started acting very demanding once de Rossi started getting very busy with her own business.

The jealousy allegedly led DeGeneres and de Rossi to becoming cold to one another and that they are “barely” talking to each other at the time the report came out. This was purported to them having “separate lives” but then also implied that the comedian is acting very clingy by calling her wife non-stop even during work hours. But the source’s claims and statements were ultimately denied by someone close to the couple who told Gossip Cop, “They’ve literally never been happier.”

Like all Hollywood couples, DeGeneres and de Rossi are not new to being rumored having a bad marriage. Though the actress is not a fan of it, she still sees something positive about the relentless publishing of unverified reports and gossip about their marital status.

Last year, de Rossi told Us Weekly that these rumors have somehow proven her that she and DeGeneres are more accepted now. When the actress noticed that their relationship has started to become a regular topic in tabloids, de Rossi said she felt like it was a sign of approval because she and DeGeneres now get the “same s***” as other Hollywood couples.

In the previous months alone, new claims of divorce between DeGeneres and de Rossi are getting published. For example, a report in February came out claiming that they are in a hellish breakup with $450 million in fortune involved.