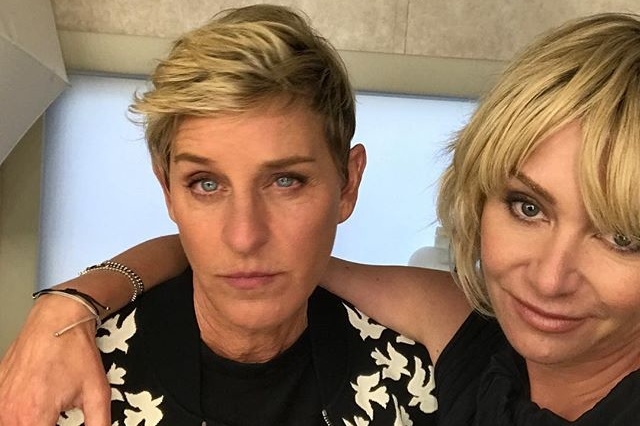 Ellen DeGeneres and Portia De Rossi have been together for more than a decade, but recently it was reported that the couple is going through a tough time, and talks of divorce were even brought up. Supposedly, the pair thinks it is better to end their relationship as they don’t see eye to eye anymore when it comes to decisions regarding work.

In a report that was published on OK! Magazine (via New Idea), it was alleged that DeGeneres made the decision to extend her contract and work on “The Ellen Show” for three more years. The decision did not sit well with the host’s wife De Rossi, so they ended up getting into an argument where they mentioned the divorce.

“Portia hung around because Ellen swore she has eased up on her workaholic ways,” the source supposedly told the tabloid. “Now she will be doing those 12 or 14-hour working days on a regular basis and it is testing Portia’s limits.”

Portia De Rossi said in an interview once that she wants her wife Ellen De Generes, to stop hosting “The Ellen Show” because there are still lots of opportunities for her out there. Apparently, the former model suggested that the show is holding her wife down, so she is unable to do other things or explore her other potentials.

She did not mention about Ellen’s time spent on her work, but this new rumor is attempting to make it appear that she hates it that her partner is such a workaholic that most of her time is spent in the workplace. Thus, Portia is allegedly seeking divorce for this while Ellen is torn since she loves her show.

Portia De Rossi was said to have temporarily moved out from the home she shares with Ellen DeGeneres so she can clear up her mind. On the other hand, the host feels that they can still work things out, so she promised to balance her time and work from now on.

Now, the truth is, Ellen DeGeneres and Portia De Rossi are not even close to seeking a divorce. In fact, the host praised her wife for keeping their relationship going. She revealed that her wife has the qualities that made their marriage last for so long.