The growing cost to clean up abandoned and orphaned wells

Egypt resumes poultry exports to Saudi, UAE after a decade 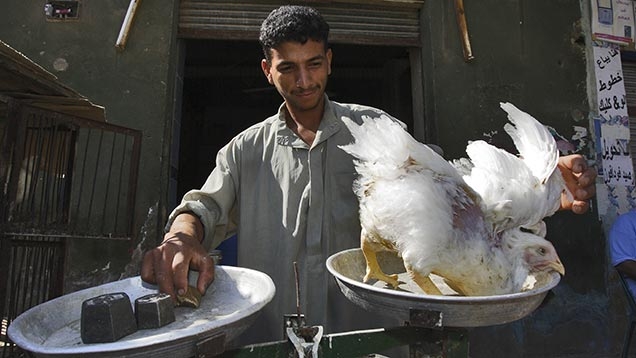 Poultry investments in Egypt are worth about $5.7 billion.

Egypt will resume exporting poultry in October, beginning with Saudi Arabia, after a decade-long suspension due to the 2006 avian flu crisis.

According to Abdul Aziz Al-Sayed, the Head of the Poultry Division of the Cairo Chamber of Commerce, several Egyptian poultry companies are now preparing their first shipments.

Egypt had received import requests from Saudi Arabia and the UAE.

Last week, the UAE, via a video conference, announced it would allow the resumption of table egg, and chilled and frozen poultry imports from Egypt after the country acquires a veterinary health certificate.

The UAE is also interested in importing ducks and live quails provided Egypt provides a list of its poultry farms and facilities.

Nabil Darwish, head of the Egyptian Poultry Producers Association, said that they agreed on a UAE visit to Egypt's poultry farms in preparation for the exportations.

He added that the exports will include including frozen poultry, eggs, and other food types.

There are about 14 poultry companies in Egypt that are allowed to export, including Al-Sabeel Poultry, Alwatania Poultry, and Ismailia Misr Poultry.

Poultry investments in Egypt are worth about $5.7 billion.

The country has over 55,000 poultry establishments employing 2.5 million workers.

Minister of Agriculture Al-Sayed El-Quseir noted that Egypt has an average annual production of 1.4 billion chickens and 13 billion eggs.