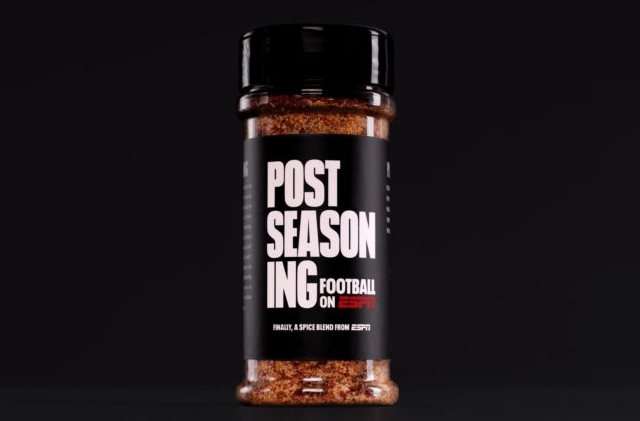 ESPN made a surprising announcement late last week, and it was very unexpected. The American multinational cable sports channel just got into the food business by releasing its new Postseasoning Spice Blend.

The seasoning is said to be a special offering to kick off the National Football League’s postseason games. Likewise, the release of the spice is like a way of celebrating the football postseason.

ESPN announced that it has created the spice bearing the clever name “Postseasoning.” The company said it would be distributing just 10,000 bottles of the spice blend so not everyone can have it at the moment.

Moreover, according to Mashed, ESPN’s Postseasoning Spice Blend is not for sale but football fans can get one bottle by watching a postseason game. The special seasoning will be given away to fans until supplies last.

The seasoning is said to feature a special blend of spices that include cayenne, salt, black pepper, paprika, garlic, onion, and gochugaru. To promote the new Postseasoning Spice Blend, ESPN also collaborated with award-winning chef Rodney Scott who is most known for his barbecue recipes.

ESPN posted four recipes on its promotional site and all the dishes shown have the new spice blend in them and these are Rodney Scott’s Victory Rack, Hail Mary Deviled Eggs, MVP - Most Valuable Pimiento, and Taters Gonna Tate Potato Salad. As can be seen, each dish was named using football as the theme and many find these clever.

“Serving fans is what drives us, and Postseasoning is an unexpected but a truthful way to tap into our mission,” ESPN senior director of sports marketing, Curtis Friends, said in a press release. “The football postseason is when everything is elevated so it made sense for ESPN to help people elevate their fandom in one of its most powerful expressions: food.”

Arts & Letters Creative Co.’s creative director, NJ Placentra, also added, “Every now and then an idea comes along that everyone immediately agrees needs to exist in the world, and today, that idea is an ESPN spice bottle.”

Finally, ESPN is promoting its Postseasoning as an intense spice blend that was made with a mixture of culinary victory and umami. The spice has been modeled from the impassioned spirit of postseason football competition.