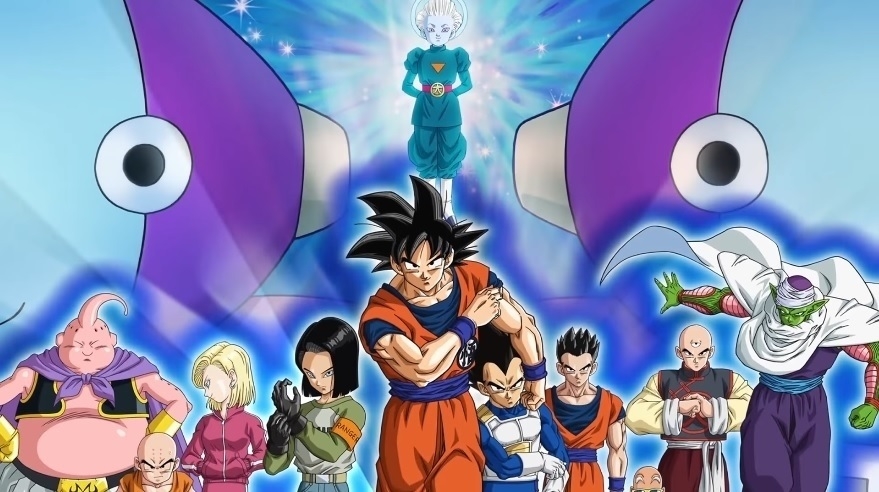 The release of “Dragon Ball Super” chapter 66 is just around the corner and more pages have been leaked online. One of the leaked pages shows Son Goku appears to have a new form that would match Moro while also maintaining the mastered Ultra Instinct.

Goku almost defeated Moro a few chapters ago, but there were some plot twists that fans may have found unnecessary and prolonged the story arc by a couple more installments. On the bright side, it has been confirmed that the Galactic Patrol Prisoner Arc will wrap up after “Dragon Ball Super” chapter 66.

As shown in the drafts of the first pages, Moro’s new form draws power directly from the Earth and its inhabitants allow him to grow into a giant. It was also revealed that, according to Whis, Goku’s task is still to destroy the orb docked on Moro’s forehead. Given the villain's size, though, it is easier said than done.

Now, the other pages of “Dragon Ball Super” chapter 66 have reportedly been leaked revealing Goku’s strategy. It appears that the Saiyan will bring out a new giant form. The illustrations suggest that Goku’s physical body will not grow into a gigantic size, but he will practically have a vessel that will elevate him so he could reach the orb that is in Moro’s forehead.

The gigantic form, however, is shaped and looks exactly like Goku in his mastered Ultra Instinct form. It is then possible that this is one of the yet to be revealed perks of perfecting this ability. While the leaks do not show Moro going down, one of the panels does show Goku reaching the orb and aiming to attack it.

The exact way of how Goku’s team will defeat Moro is still a mystery, but they are certain to win very soon. A previous blog post from the official website of the series confirmed that the Galactic Patrol Prisoner Arc will end “with the V Jump February” issue. Note that “Dragon Ball Super” chapter 66 will be released with the magazine’s January 2021 issue, which will drop on Friday, Nov. 20.

That means the arc will wrap up in the chapter arriving in December. “Dragon Ball Super” chapter 66 will be available for free on Manga Plus and Shonen Jump online through Viz Media’s website.