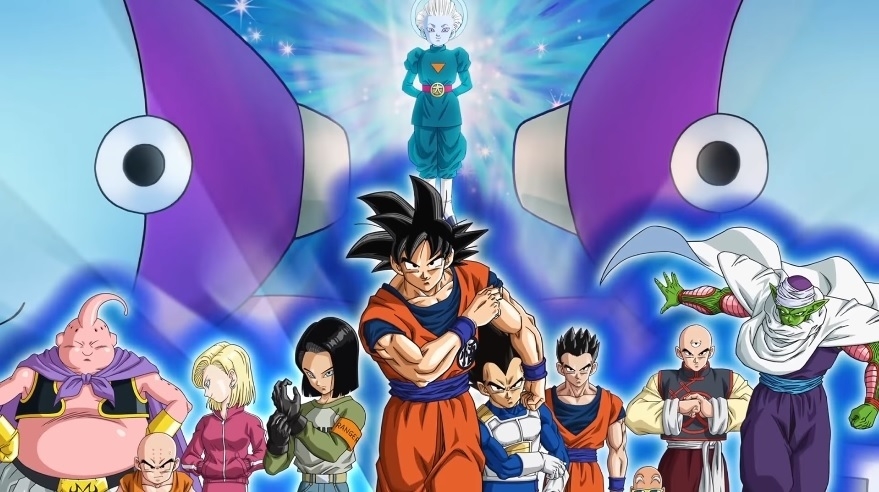 After a long and arduous journey, while Moro is eating any planet he fancies, Goku is finally achieving the main goals of this arc. The main protagonist transforms into the stable version of the mastered Ultra Instinct in “Dragon Ball Super” chapter 64, and Moro’s defeat cannot be denied any longer.

“Dragon Ball Super” chapter 64 is going to be the most awaited turning point of this story arc where fans will finally see Goku pummel Moro while exerting not much effort in his every attack. This is thanks to the Earth's defender finally transforming into the mastered Ultra Instinct.

At the start of “Dragon Ball Super” chapter 64, Goku pays tribute to Merus who had just been vanished for breaking Angel Laws when he used his powers to destroy all Orbs that Moro acquired. Goku will comment that he has inherited Merus’s goal of defending the Earth and will now make sure to defeat Moro. He does all this and the transformation while not going ballistic because it turns that the key to achieving the completed form of Ultra Instinct is by having complete control over the emotions as Merus taught him.

Beerus and Whis, who are watching at a distance, are also immediately convinced that Goku has finally achieved mastered Ultra Instinct. Beerus even comments that one of the punches Goku lands on Moro is “perfect,” according to the translated leaks from the Twitter page Dragon Ball Hype.

Moro will not give up easily and will even try to power up at one point in “Dragon Ball Super” chapter 64. But Goku’s new level of power is just impossible for him to match. One of Goku’s last attacks ends up with Moro pinned down by a boulder. At this point, Goku confirms with Jaco if Moro has the death penalty. Jaco says that is the punishment waiting for Moro and Goku can complete the job now.

However, Goku comments in “Dragon Ball Super” chapter 64 that this is the time he parts ways with the Galactic Patrol, which will not sit well with Beerus. It can be recalled that Goku does not like killing his enemies even when he can and the chapter ends with Moro still alive yet unable to fight.

“Dragon Ball Super” chapter 64 will be out on Friday, Sept. 18 around noon in Eastern Time, which is a couple of days early than usual. Fans will be able to read the official English-translated copy of the chapter through Manga Plus and Shonen Jump online for free.