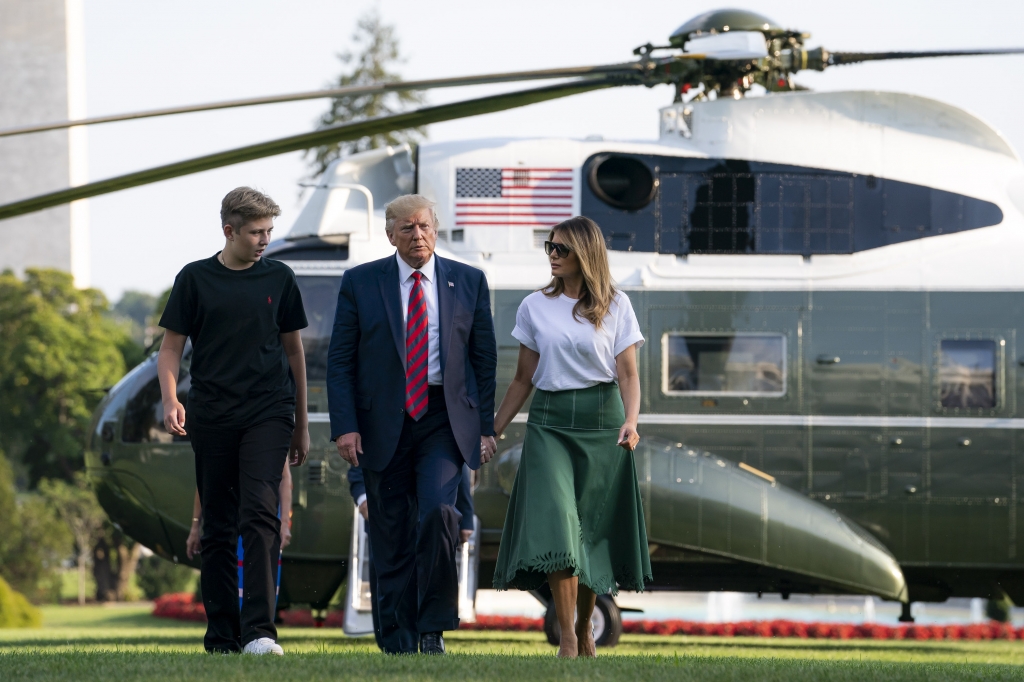 Donald Trump has been blessed with five children, but he’s not very much involved in their lives especially when they were younger.

In fact, during a 2005 interview with Larry King, the POTUS talked about his plans to have a baby with his current wife, Melania Trump. The president of the United States said that he believes the FLOTUS will be an amazing mother.

The POTUS has three children with his first wife, Ivana Trump. Don Jr., Ivanka, and Eric grew up with their father. But, following their parents’ divorce, all three stayed with their mom.

During his second marriage, Trump had one daughter with former actress Marla Maples. Tiffany Trump didn’t get to spend much time with her dad, unlike her three older siblings.

At present, Trump is married to the first lady of the United States, and they have one son together. Barron, 13, spends time with the POTUS every now and then. However, Melania revealed that she’s really the one that takes care of their child.

Meanwhile, the POTUS’s distant relationship with his children was highlighted further when he once referred to his youngest child as Melania’s son. The remark caused some netizens to think that Trump isn’t Barron’s biological father. After all, he should’ve referred to the teenager as “our son.”

“Donald Trump is, quite possibly, not Barron Trump’s biological father. Note DJT’s reference to the boy as Melania’s son. This can’t be put off to Trump’s mental conditions; he’s not the paternal type, but he acknowledges his other children. So, who is Barron’s actual father?” Twitter user @BoldCoder said.

“Is it just me or does it look like Jared Kushner fathered Barron Trump? Just saying,” Twitter user @richma48 said.