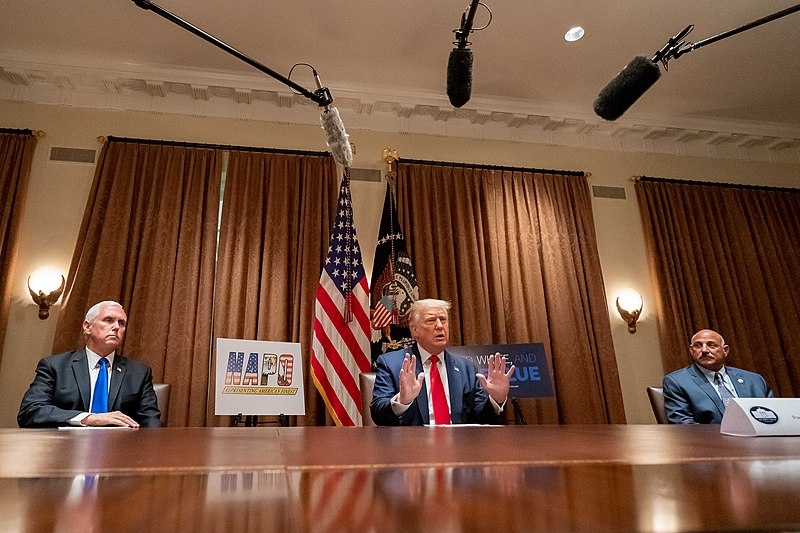 Among the number of investigations that twice-impeached former President Donald Trump is at the center of is one regarding his business empire. New York prosecutors are reportedly looking into whether the former president placed false values on his assets in seeking loans.

A report by the New York Times reveals that prosecutors of outgoing Manhattan District Attorney Cyrus Vance have issued subpoenas to the Trump Organization to obtain its records on its hotels, golf courses, and offices. The prosecutors have already interviewed a banker from Deutsche Bank, the top lender for the former president and his business.

Aside from the banker, investigators have also reportedly informed top Trump executive Matthew Calamari that they are not currently planning to indict him on the supposed tax evasion scheme that led to charges against the former president’s company and his CFO Allen Weisselberg. The investigation related to Weisselberg was a detour from the primary focus of the probe by Vance and his prosecutors, which was Trump’s statements regarding the value of his assets.

“If Mr. Vance’s office concludes that Mr. Trump intentionally submitted false values to potential lenders, prosecutors could argue that he engaged in a pattern of fraud,” the report stated.

The investigation that Vance has been overseeing for the past three years may end up getting passed over to his successor Alvin Bragg as he leaves office at the end of the year. This is also one of three criminal investigations into the former president and/or his business empire.

Trump may also be subject to an investigation in Scotland as well regarding his Turnberry golf course. The Daily Beast reports that Scottish judge Lord Sandison ruled in favor of the Scottish government against probing the financial irregularities surrounding Trump’s Turnberry golf course. Instead, Lord Advocate Dorothy Bain, who is essentially Scotland’s attorney general, may decide to take up an investigation.

The ruling by Lord Sandison means that Scotland can still ask a judge’s permission to investigate the former president’s finances.

This comes as New York-based watchdog nonprofit Avaaz asked the Scottish government to look into how the former president came up with $60 million in cash to buy Trump Turnberry. First Minister Nicola Sturgeon placed the responsibility for that investigation on Scotland’s top prosecutor instead.