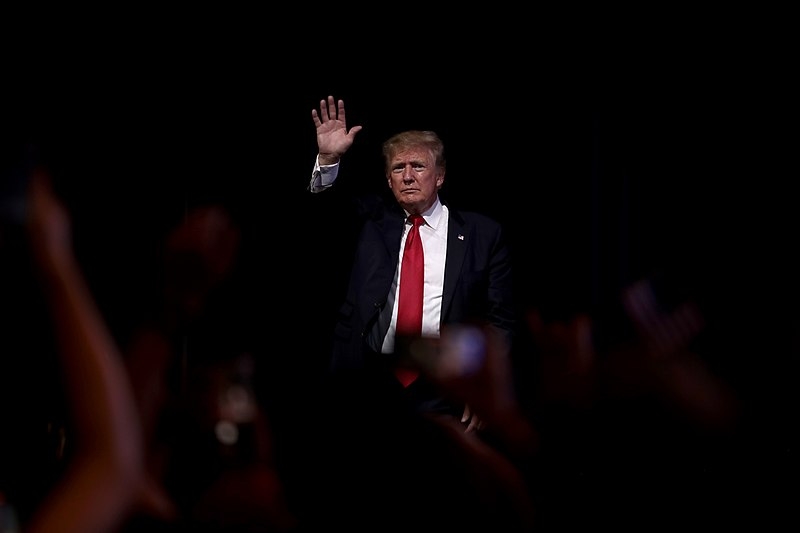 One of the states that twice-impeached, one-term president Donald Trump targeted after the 2020 elections called for Joe Biden’s victory was Georgia. Authorities in Georgia are now reportedly ramping up their investigation into the efforts by the former president and his allies in interfering with the state’s 2020 election results.

The New York Times reported that Fulton County District Attorney Fani Willis is already moving to convene a special grand jury, according to people familiar with the matter. The newspaper said that Willis’ move to convene a grand jury for her investigation in the former president’s efforts to tamper with the election results is a sign that her probe is picking up steam.

Legal experts who weighed in on the move by Willis, a Democrat, say it spells trouble for the former president. This would prove troublesome for the former president, given the interactions he and his allies had with Georgia officials. This includes the infamous phone call Trump made to Georgia’s Republican Secretary of State Brad Raffensperger, asking him to “find” 11,780 votes to overturn Biden’s win in the state in his favor.

Willis may submit evidence to the two current grand juries in Fulton County. However, the county faces a backlog of 10,000 cases. However, the newspaper notes that a special grand jury made up of 16 to 23 members could be assembled to solely focus on the election interference investigation. The outlet noted that Willis is likely to make such a move, according to people familiar with the matter.

Trump faces a slew of other possible charges made against him in Georgia. Aside from election interference, Trump may face charges of racketeering, election fraud solicitation, and conspiracy to commit election fraud. Legal experts also say that the former president made his situation even worse with his comments at a MAGA rally, where he asked Georgia Governor Brian Kemp to help and call for a special election.

In Willis’s efforts to provide evidence, she may have already been speaking with Raffensperger, who previously said that he would cooperate in the ongoing investigation if he needed to testify. Speaking on “Meet the Press,” Raffensperger told host Chuck Todd that his office is already coordinating with Willis’s office in its probe into the former president and is willing to go further if necessary.