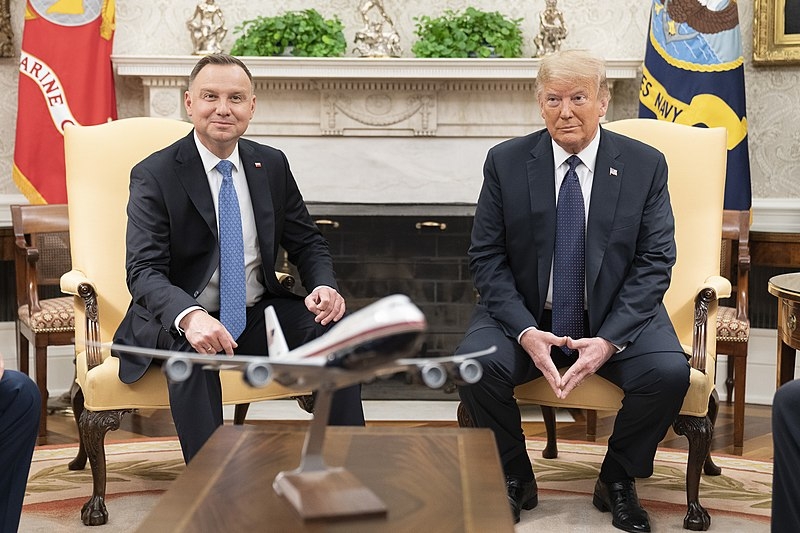 President Donald Trump will be traveling again to New Jersey this weekend. However, the White House says that Trump will not be complying with the new coronavirus quarantine orders set in place by the state governor.

CNBC reports that Trump will push through with his travels to his golf club in New Jersey this weekend even as New Jersey Governor Phil Murphy issued an order that people visiting who come from states with a large number of confirmed coronavirus cases must self-quarantine for 14 days. New York Governor Andrew Cuomo and Connecticut Governor Andrew Lamont also issued the same order in their respective states.

When asked about whether or not Trump will comply with the state ordinance, White House spokesman Judd Deere said, “The president of the United States is not a civilian. Anyone who is in close proximity to him, including staff, guests, and press are tested for COVID-19 and confirmed to be negative.”

Deere noted that even during his trip to Arizona for his campaign rally, the White House followed the pandemic mitigation plan to make sure that Trump did not come into contact with anyone who has not been tested for coronavirus or is asymptomatic. The spokesman also noted that those who will be traveling with Trump will all be monitored for symptoms and tested.

Prior to the Arizona rally, the Tulsa rally saw several people on Trump’s team test positive for coronavirus, two of which were Secret Service agents.

Wednesday saw Trump welcome the country’s first foreign visitor in months since the coronavirus lockdown and travel restrictions. Poland’s President Andrzej Duda visited the White House, both leaders suggesting that life was returning to normal despite the rising cases in the United States and over 120,000 deaths from the pandemic. Trump continues to push for an economic rebound in time for the November elections, as his campaign relies on the country’s economic stability under his presidency.

Duda is also up for reelection in a matter of days and has expressed gratitude to be able to visit Trump. The Polish president and his aides were all tested ahead of time before making the visit, as did the US officials who will be joining Duda and Trump in the Oval Office.