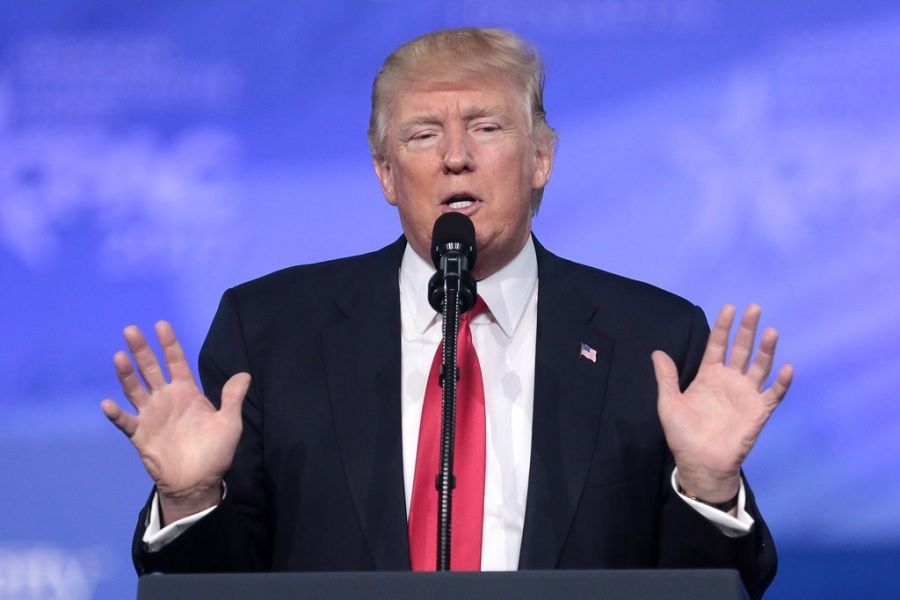 Donald Trump and Melania Trump have always been in the limelight since they tied the knot. But the status of their marriage has become much more exposed to public speculations once they occupied the White House.

Many insider accounts alleged that the Trumps have a cold relationship. These rumors might not be going away anytime soon, especially since the President had been caught in a couple of scandals and cheating accusations last year.

Melania Trump’s reaction to the cheating allegations and scandals

In a 2018 interview with ABC News, Mrs. Trump broke her silence about the cheating accusations thrown at her husband. "It is not a concern and a focus of mine,” Mrs. Trump said. She reiterated that being a mother to Barron Trump and the country’s first lady, there are more important things that deserve her attention.

In the heat of the 2016 US Presidential elections, a Wall Street Journal story broke out, claiming that the now-President had an affair with 1998 Playmate of the Year, Karen McDougal, from 2006 to 2007. It was vehemently denied by Trump’s campaign team at the time but was reiterated in another investigative report released in 2018 by the New Yorker. WSJ also reported in early 2018 that Mr. Trump’s former lawyer Michael Cohen paid adult film star Stormy Daniels $130,000 in late 2016 to prevent her from publicly talking about their supposed affair in 2006.

The first couple got engaged in 2004 and married the following year. In March 2006, Mrs. Trump gave birth to their only son, Barron.

In the same ABC News interview, Mrs. Trump was also asked to comment on Rudy Giuliani’s earlier statement that she “believes” the President amid the cheating accusations. Instead of corroborating it, the First Lady only said she “never” talks to Giuliani. Her spokesperson, Stephanie Grisham, also later stated that Mrs. Trump has unlikely “discussed her thoughts on anything” with the lawyer.

Mrs. Trump said she knows the public likes to speculate on the status of their marriage. And when asked about his relationship with the President, the First Lady said, "Yes, we are fine."