DOJ efforts to kill Obamacare, the cat with 9 lives, could cause health care havoc for millions 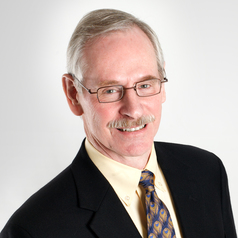 If the Affordable Care Act, or Obamacare, were a cat, it would be just about be out of its nine lives.

It is amazing that this law, which represented a sea change in how we provide care to almost everyone in the country, has survived all the challenges so far, including two cases before the Supreme Court and untold efforts by Republicans in Congress to overturn the law.

The move by the Trump administration on Monday, March 25, to basically say that the law should be thrown out entirely, might be the final blow.

Here’s what happened. In December 2018, a federal district judge in Texas ruled that the individual mandate in the ACA, which requires people to buy health insurance or face a penalty, is unconstitutional. Judge Reed O'Connor then stretched to say that the entire law is unconstitutional. Many health policy experts shrugged off the ruling as mere political maneuvering. The next decision is expected to come from a federal appeals court in New Orleans, possibly in the summer.

But the Trump administration tightened its stranglehold on March 25. The Department of Justice, which typically defends the law of the land, said it cared nothing about defending this law. In a two-sentence letter, the DOJ said it would not urge “that any portion of the district court’s judgment be reversed.”

As a former CEO of a health insurance company and longtime researcher of this industry, I see trouble ahead not just for individuals but the vast network of companies that are part of the health care economy.

The U.S. spends more on health care than any other country, has more highly paid professionals and better equipped facilities and, for the last few years, almost as much access as our peers. But the constant assault on the ACA has had its effect, especially on self-employed individuals and small businesses.

Both of these have seen increases in out-of-pocket costs that were completely due to legal and regulatory changes to the original act. It looks to me as if these changes were designed to drive this subgroup of job creators to the poorhouse and into the arms of politicians who never wanted this in the first place and would do whatever it took to eliminate it.

Insurance is all about risk: how to manage and spread it among all the parties so that each one is covered when the need arises. The “affordable” in the ACA was only about the out-of-pocket cost that each party could absorb after paying for essentials. The subsidies the law provided were designed to reduce the premium that competitive insurers had to charge to a net level of no more than 2 percent of disposable income for people at the poverty level and 9.5 percent at the top.

But that risk-sharing structure has fallen apart. Ongoing challenges in the courts, the federal government defaulting on what insurers were promised, cuts in marketing and assistance, and elimination of measures designed to get everyone in the pool have forced insurers to cover their monumentally higher risks with much higher premiums.

To low-income individuals, this is hardly noticeable, since the subsidies from the government simply rose enough to cover the higher premiums.

But for higher-income people buying on the exchanges, this has been disastrous.

In effect, the Republicans have made Obamacare look like an extended version of Medicaid with the poor protected by subsidies. But those with higher income had to bear the price for these changes through higher premiums not offset by subsidies. Congress also invited people to leave the exchanges by eliminating the tax people would owe if they did not buy insurance.

While it may be laudable that the country still supports those with little means of payment, it is at the price of driving entrepreneurs and successful individuals out of the market.

Now to add insult to injury, the Texas court has held that without the tax penalty eliminated by the recent cut in taxes, the mandate requiring individuals to purchase coverage is void. The ruling is a logical extension of the debate about whether the government can compel a citizen to pay for health care plans.

But then to strike down the whole ACA is, in my opinion, an enormous reach that does damage far beyond concern over whether the exchanges are valid.

I believe there would be an uprising if people knew that this means that insurers can go back to denying coverage for pre-existing conditions and selling worthless plans to uninformed people; that the largest funding to address the opioid crisis, the Medicaid expansion, would disappear; that their local hospital may have to close due to skyrocketing bad debts; and that individual bankruptcies would once again hit record levels as bill collectors return in force.

In addition, more subtle improvements in the way we provide health care would be in jeopardy. The Center for Medicare and Medicaid Innovation has fostered major changes in how we organize care and improve quality through their payment incentives. The Patient-Centered Outcomes Research Institute that compares alternative treatment to see what is best would disappear.

And even the collection of quality measures that have let us see who is best and provided a guide to our choices would be in question. In other words, the wholesale elimination of the ACA would take us back to a more primitive time and place.

The Obamacare cat with nine lives may soon be gasping for breath. The ensuing chaos would be enormous to investors in health care businesses, suppliers to the industry, professionals and support staff of providers, medical schools and training programs and local businesses which depend on them.

But even worse would be the loss of almost 10 years of attention to the patient as the center of care and improved coordination that the ACA has fostered. I really don’t think we as a country want to go back. The price is far too high for a few political points that one side might score in the short term. As those who thought Brexit was a good idea are learning, disruptive change to a whole economic and social system is a very dangerous game to play.