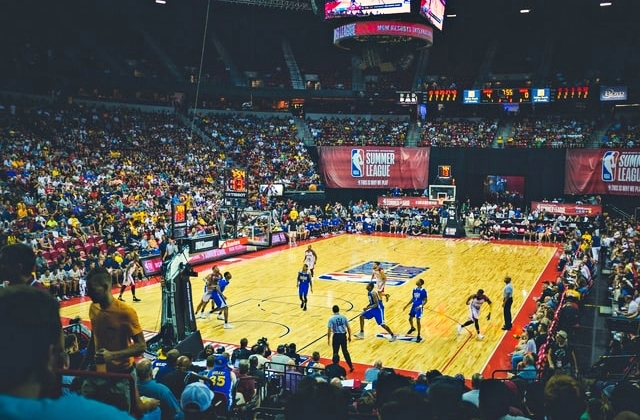 Cryptocurrency is slowly going mainstream, and more companies and groups are getting into it. Now another major brand, the National Basketball Association (NBA), has recently signed a deal with one of the leading crypto firms in the U.S., which is Coinbase.

According to CNBC, as the NBA is preparing for its upcoming 75th anniversary, it has partnered with Coinbase for a sponsorship contract. The move apparently increased the league’s presence in the cryptocurrency sphere that is likely to play more roles in the business and financial scene in the near future.

As part of the agreement between the NBA and Coinbase, the cryptocurrency company will use all of the league’s platforms, including the WNBA, NBA 2K, NBA G League, and USA Basketball. The other terms for the deal were not divulged as of this time.

Coinbase Global and the NBA made the announcement of their team up on Tuesday, Oct. 19. They have signed a multi-year agreement that will make the crypto company the exclusive cryptocurrency partner of the popular pro-basketball league, the Women’s National Basketball Association, as well as the others that were already mentioned earlier.

This will be the leagues’ very first collaboration with a cryptocurrency platform. It was reported that each of the groups included in the deal would consist of unique content, innovations, activations, and experiences from Coinbase.

As the tip-off of the NBA’s 75th Anniversary season starts this week, Coinbase will already be featured and make its brand presence more known as the games are televised and airing across the country. For the WNBA Commissioner’s Cup and the men and women’s USA Basketball team exhibition tours, the cryptocurrency firm will also be presented as a partner.

“As a trusted cryptocurrency platform used by millions, Coinbase is a natural fit as the NBA’s first-ever partner in this thriving category,” NBA’s senior vice president of global marketing partnerships and media, Kerry Tatlock, said in a press release. “We look forward to collaborating with Coinbase to provide fans with new ways to engage with the league and each other, while also enhancing the experience for fans who are already Coinbase users.”