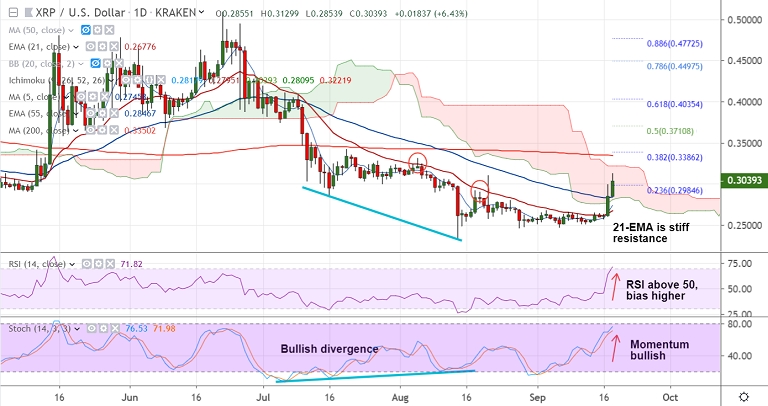 Stochs and RSI are sharply higher and bullish 5 and 20 DMA crossover adds to the upside bias.

RSI has entered overbought levels and price action is above upper Bollinger band. Some correction possible before the next leg higher.

On the weekly charts, the pair has broken above 5W SMA and now finds stiff resistance at 21W EMA at 0.3186.