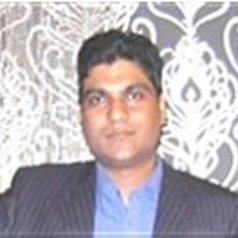 Crowdfunding has rapidly emerged as an alternative source of financing for start-ups and new ventures. From artistic endeavours such as Marina Abramovic’s Institute project to new tech like the Oculus Rift virtual reality headset and the Pebble smartwatch, crowdfunding has become increasingly mainstream.

The idea of being part of the business development process has proven popular with individual investors who are able to get on board with projects from the outset. The story-telling features of crowdfunding sites such as Kickstarter and Indiegogo also make investors feel personally involved.

The advantages for investors are not just transactional or financial – they get to be part of something. Consequently, crowdfunding has been described as democratic finance, placing a strong emphasis on building community while also benefiting from it.

But is it all as good as it sounds? A growing number of reports show investors failing to get a return. If crowdfunding is to continue growing – and providing an important platform for new start-ups – better transparency and regulation is needed.

Crowdfunding allows businesses, particularly start-ups, to access funding via contributions from a large number of unrelated people. In return for these injections of cash, funders are promised various rewards once the product or service is up and running. But without proper regulation, this ultimately involves handing money over to strangers online, with nothing but a promise of a return.

Crowdfunding, then, is open to abuse and can be a risky business for investors. In 2015, for example, a British drone company set a record as the most-funded European Kickstarter project – only to file for bankruptcy later in the year. Despite raising US$3.4m its collapse left donors out of pocket and without the product they had funded.

Ouya, an Android-based micro games console, is another famous crowdfunding failure. Started in 2013, Ouya reached its US$950,000 Kickstarter fundraising goal within a record eight hours and went on to collect US$8.5m in pledges – more than nine times the initial ask. But fans were underwhelmed by the finished product and in 2015 it was bought by large games house Razer after being crippled by debt. The bottom line is that crowdfunding does not always result in success.

So what to do? The primary responsibility lies with the crowdfunding sites to maintain a transparent and safe platform for their funders. But funders should also do their due diligence on the companies they are investing in. As an alternative to donation crowdfunding, investment crowdfunding sees money exchanged for securities. Peer to peer (or P2P) lending, for example, allows individuals or companies to borrow money from a range of investors, who they then repay with interest. This, too, needs careful monitoring.

While there are measures in place to monitor crowdfunding activities of this kind – in the UK, by the financial regulatory body, the Financial Conduct Authority (FCA) – losses are not always covered under its compensation scheme. And if crowdfunded ventures fail, funders lose their investment. In recent years, a number of P2P crowdfunding platforms have sprung up. But many have since filed for bankruptcy and disappeared, taking investors' money with them.

The good news is that as of February 2015 the FCA proposed tighter regulations to safeguard P2P investors. In a critical review report, the FCA stipulates that crowdfunding platforms are run with a resolution plan so that repayments can be recovered and investments protected.

Issues remain, however. Between April and October 2015 the FCA reviewed 25 crowdfunding websites and identified the following key issues:

And while the FCA has attempted to create a robust framework within which such activities must operate, it remains strangely silent on the issue of intellectual property rights. While those looking for funding don’t want to divulge their trade secrets, investors need reassurance that they are investing in a viable product – and that requires the sharing of a certain level of information. Finding a way to protect both parties is key.

So, while crowdfunding is an innovative way for businesses to get off the ground and will likely continue to grow as a model, a number of issues remain. Investors risk a sting in the tail if they are not careful and it’s important that both crowdfunding hosting sites and the government act to protect them, while helping businesses to grow, too.

Rama Kanungo does not work for, consult, own shares in or receive funding from any company or organization that would benefit from this article, and has disclosed no relevant affiliations beyond the academic appointment above.