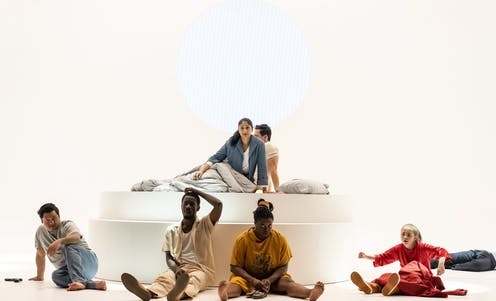 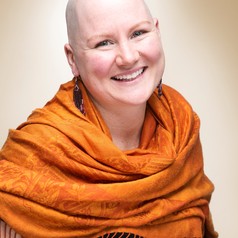 What lengths would you go to in order to save the planet from climate crisis? Stop eating meat and start composting? Recycle and “make do”, instead of buying new?

How about lock yourself securely in your home, climb into bed, and hibernate for a full year, giving the planet a chance to recharge and reset?

This is the provocative premise behind playwright Finegan Kruckemeyer’s bold new play Hibernation.

Performed in three acts, Hibernation introduces a global cast of characters in the year 2030: close enough to the present so as to feel timely and familiar; yet distant enough it is not impossible to imagine the realisation of this dystopian narrative.

Eighteen months ago, the thought of stay-at-home orders and “snap lockdowns” were otherworldly and extreme. Now, they are simply part and parcel of our collective efforts to keep our community safe.

Who knows what else could change between now and 2030?

The polished, crisp scenes of press conferences, the emotionally inflected media statements and a growing sense of turmoil are eerily familiar. Thousands of people are dying; or seeking refuge in other nations. Towns are flooding. Resources are scarce. Something has to change, urgently.

Enter the plan: to send the world into a forced, year-long slumber for the greater good.

Under Mitchell Butel’s dynamic and rhythmic direction, Hibernation explores the relational and emotional response to this bold plan for healing the planet.

What is the cost of action, inaction and apathy?

In the Canberra of this speculative future, chauvinism is alive and well. We meet the politicians claiming ownership of this daring plan and the policy maker who actually conceived it. They call for trust in the science, and promise no harm will come to the human population from the hibernation-inducing drug 54E–501E.

A young family in Africa pack for the “most not-going-anywhere-year” of their lives.

Ernesto and his husband in South America share a zoom call with his mother Cassandra, who foreshadows how the impact of this singular universal act will not be experienced in a universal way. 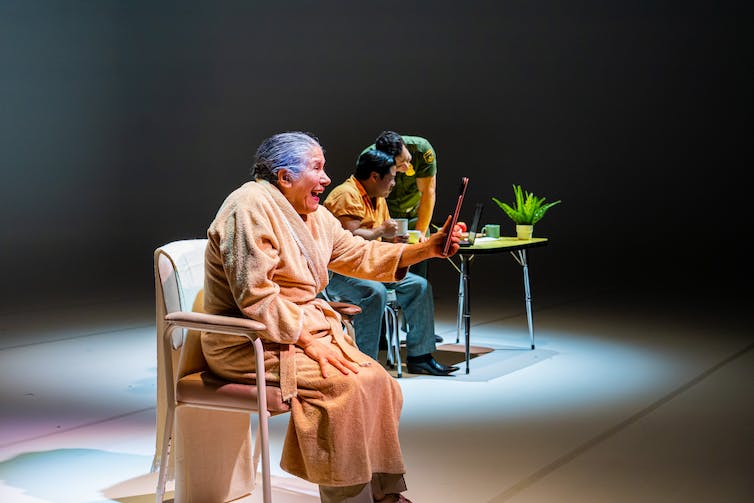 We witness the strength of conviction of American news hosts as they refuse to follow the auto-cue and, instead, attempt to communicate with care and consideration for the listeners on the other side of the screen.

Serving as a stark juxtaposition, act two focuses our attention in a vividly local way. Two Adelaideans, immune to 54E–501E, have free reign over the city. They share rich verbal illustrations of birds overtaking shopfronts and forests germinating from cricket pitches: businesses and ovals have become green houses and bio domes.

This scenario: the only two souls awake in a city where lions and hyenas — set free from the zoo on the eve of hibernation — roam the streets, is not as joyously poetic as it might first seem.

In act three, we return to our global characters and witness the impact and fall out of this experiment in planetary survival. As Cassandra laments, “we are what we are.” The human response to change and loss is messy and hopeful; loving and flawed.

Theatre in a time of crisis

Jonathon Oxlade’s set design is elegantly symbolic and sleek, with the lighting (Gavin Norris), sound (Andrew Howard) and video (Matt Byrne) cohesively supporting our immersive connection to each location. These integrated design elements direct our gaze across the stage, inviting the audiences’ imagination to fill the spaces between the pops of colour, light and rhythm.

It is an utter joy and privilege to be treated to this cast of 10 who deliver nuanced, heartfelt and compelling performances. 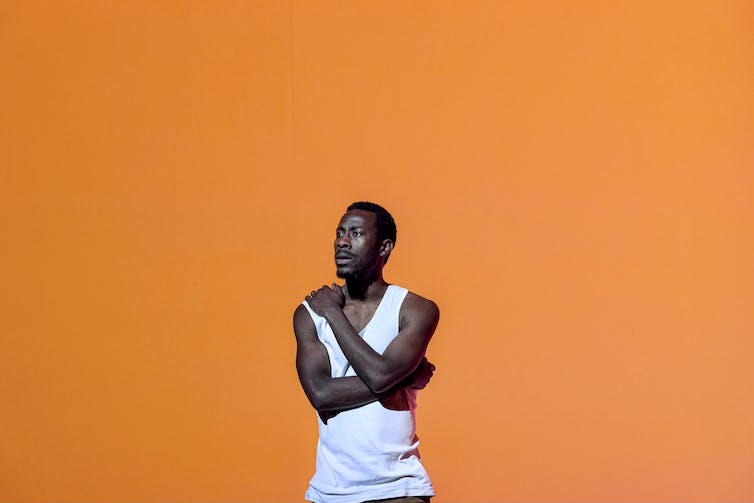 Hibernation makes the most of this large cast, with the full ensemble filling the stage for striking movement sequences, stylised depictions of parliamentary question time and a collage-like arrangement of characters preparing for their 365-day rest and reset. At a time when so many across the nation are distancing and isolated, the choreography and presence of a large cast on stage is a delight.

Hibernation balances a tripartite tightrope: telling a story on an ambitiously global scale; representing heartfelt human connection in the local and personal; and offering challenging food for thought, which will continue to linger in the back of your mind long after the lights go down.

Stories wrestling with what it means to exist, to navigate relationships, and to make good choices in a contemporary context are just one of the glorious gifts theatre can offer its community.

Hibernation plays at the Dunstan Playhouse until August 28.