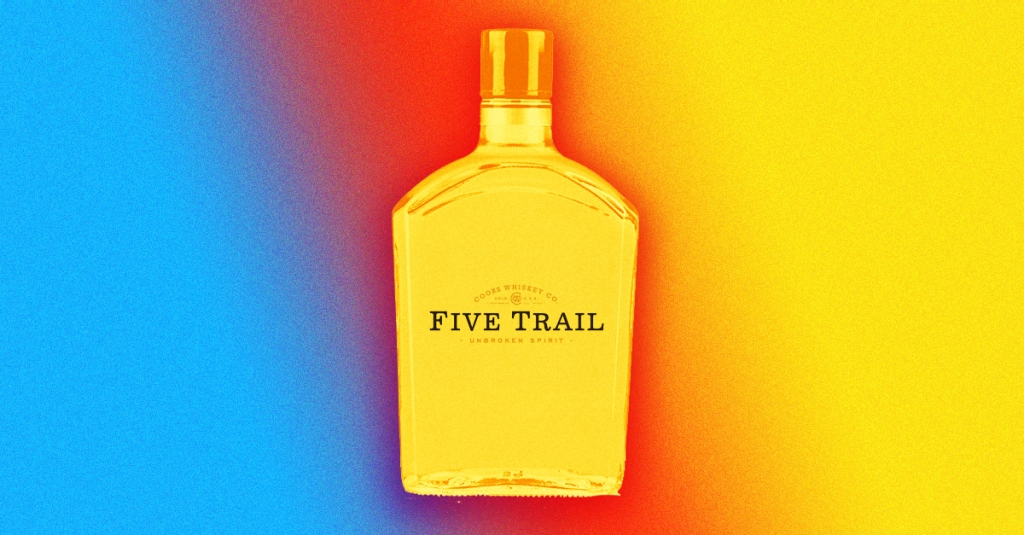 Molson Coors would produce and sell whiskey, betting on the loyalty of its beer drinkers to patronize its new offering.

It describes Coors Whiskey Co.'s first product, Five Trail, as “an ultra-premium whiskey.” It is a blend of Colorado single-malt whiskey with three bourbons, and cut to 95 proof with “Rocky Mountain water.”

Five Trail will retail for $60 for a 750ml bottle beginning Sept. 1 in Colorado, Georgia, Nevada, and New York.

The whiskey is produced in partnership with Bardstown Bourbon Co.

Molson Coors set its sights on whiskey production after discontinuing Coors Seltzer as it was not an effective brand extension.

However, Coors continues to produce Topo Chico and Vizzy seltzers, which fared better than Coors Seltzer.