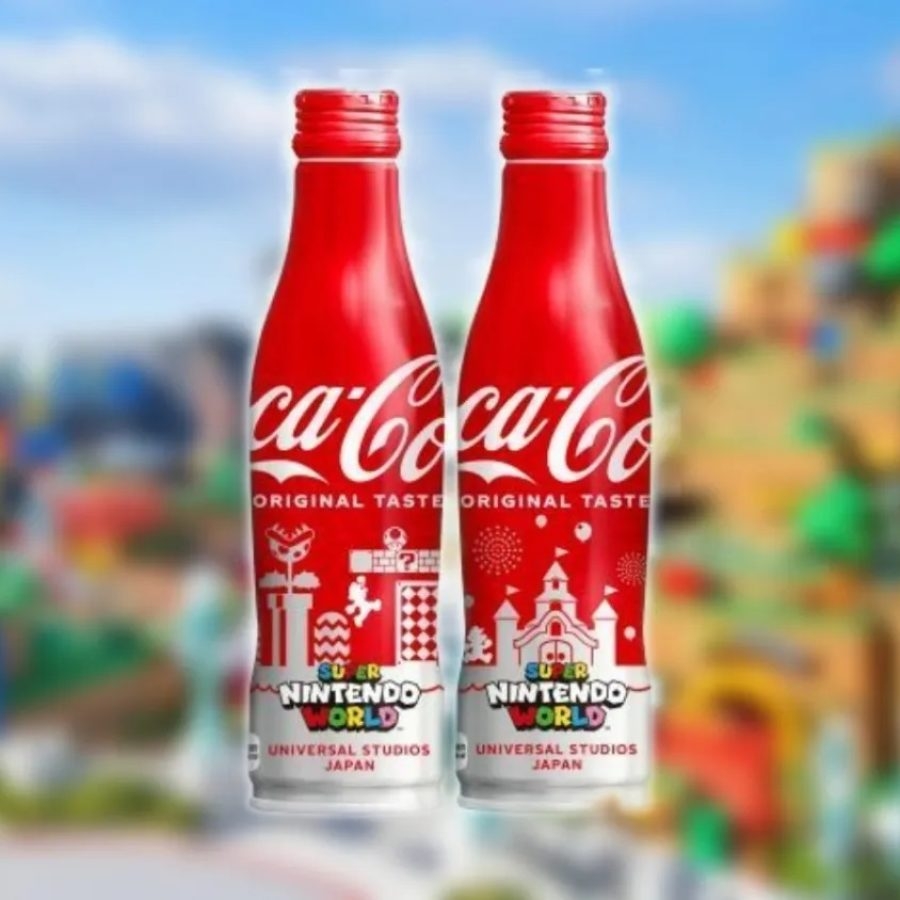 To commemorate the first anniversary of Super Nintendo World's grand inauguration, these fantastic limited edition bottles showcase a scene from one of Nintendo's Super Mario games.

Coca-Cola Japan will unveil its latest bottle campaign inspired by the Super Nintendo World section of Universal Studios in Osaka.

Rather than the usual plastic, Coke is using aluminum to allow more space for the design and give an overall more slick look to the drink.

To commemorate the first anniversary of Super Nintendo World's grand inauguration, these fantastic limited edition bottles showcase a scene from one of Nintendo's Super Mario games.

The theme park area, which opened in March of last year, is decorated with scenery, characters, and motifs from numerous Nintendo properties, as well as several attractions for visitors to enjoy.

Mario, Princess Peach's castle, a Piranha Plant, and other game characters are among the bottle's colorful designs. There are two to pick from, and they will be available for 125 yen from April 25 in various locations throughout Japan.