China's tobacco industry is building schools and no one is watching 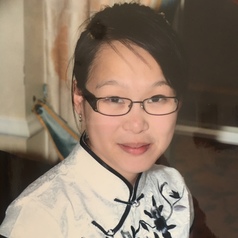 Would you send your child to a school named after a cigarette brand? What if it was one of only two schools in your area and boasting far better infrastructure? What if the school also had an inspirational slogan such as “genius is from hard work, tobacco helps you excel” on a sign or its walls, and a tobacco company’s logo on its building? Would you care if the school was built by a tobacco company?

For me, as a person involved in tobacco control research, this is nothing less than a horror story. What is more terrifying, however, is that what I describe above is not conjecture, but reality to many residents of rural China.

The shock and disbelief I experienced when I first found out about these so-called “tobacco schools” drove me to research this issue. I worked with some Chinese colleagues from the Peking Medical Union College to document Chinese public perception of these schools for the very first time.

We visited a small village in Yunnan province and interviewed a government official, school principals, teachers, students and parents of three local schools, one of which was sponsored by a local tobacco company. In addition, we also interviewed tobacco control advocates in Beijing.

The Chinese tobacco industry is a powerful state-owned enterprise. The commercial arm called the China National Tobacco Corporation (CNTC) is managed by the government arm, the State Tobacco Monopoly Administration. CNTC is the largest tobacco company in the world, producing 40 per cent of the global cigarette supply. The company has a monopoly in China to supply more than 300 million Chinese smokers, but is virtually unheard of outside of China. All facts combined, CNTC wields significant financial and political power.

As a state-owned enterprise, CNTC is expected to closely follow the government’s policy leads, and to support particular priorities, such as reducing poverty.

The Chinese government’s Project Hope targets rural development and provides education through what it designates as Hope elementary schools. To actively support this government initiative through its corporate social responsibility projects, CNTC has built numerous schools. We find that what tobacco companies such as Hongta promote as corporate social responsibility acts as a form of indirect marketing.

It is difficult to predict exact numbers, but reports suggest there are more than 100 such tobacco-sponsored schools, named after tobacco companies or cigarette brands — such as Sichuan Tobacco Hope primary school or Yingkesong Hope primary school.

In particular, many such tobacco schools were built following the devastating Sichuan earthquake in 2008. The tobacco industry does not stop here, however. The sponsoring company will often donate school supplies, equipment, stock school libraries and even provide student bursaries and teacher bonuses in some instances.

We found public perception of locals in the Yunnan village to be overwhelmingly in favour of tobacco corporate social responsibility exercised through projects such as school sponsorships. An education bureau official denied that the tobacco sponsorships constituted tobacco marketing, stating that “this is a company giving back to the community.”

A school principal of one such tobacco Hope elementary school we visited stated that school sponsorship is “to show they are kind and care about the community … Contributing to a public cause is the best way to show kindness and repay locals.” The impact on students was swiftly dismissed by another principal, who said:

“Sponsorship if purely financial, and not teaching students about tobacco.”

Teachers employed by the school felt “gratitude to the tobacco company for improvements to our learning and teaching environment,” and have repeatedly mentioned the benefactor to their students. Students as young as Grade 5 expressed a wish “to study hard to repay” the company, and many thought “the tobacco company is kind.”

Some parents, however, were less enthusiastic, having reservations about the school’s name change following tobacco sponsorship. One parent called it “propaganda in disguise.”

While the Chinese tobacco control community agrees such corporate social responsibility projects constitute tobacco promotion, some were more lenient, citing local Chinese context of the tobacco industry’s status and pointing out financial needs the local government may not be ready to meet.

The situation is best summed up by a parent, who pointed out that “tobacco is bad, but money is money.”

Tobacco schools are not unique to China, and the industry’s support for education is present in at least two other countries.

While CNTC’s Cambodian subsidiary Viniton Group has not built any schools, it is said to be an active supporter of education. In 2013, in the name of friendship, Viniton Group donated school supplies, desks and chairs to Hun Sen Primary School. Viniton Group also supported another school in 2015, located near its new production plant.

CNTC has been increasingly active on the international market through implementing various strategies. The aim is to further expand global markets and establish more off-shore production facilities.

As CNTC aggressively expands its international presence, will the world be ready for the increasingly global reach of what it frames as its corporate social responsibility?