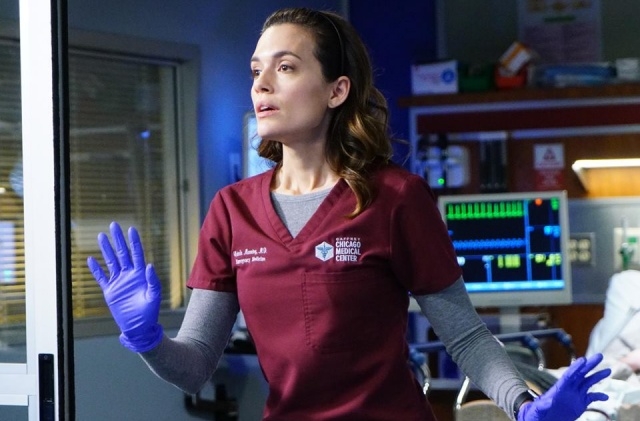 “Chicago Med’ season 5 is preparing for its premiere this fall, and the cast have recently gathered to kick off the show’s filming officially. The cast of “Chicago Fire” and “Chicago P.D.” were also at the gathering since a crossover is always possible.

All of these shows are also arriving in the same season so filming will be underway at the same time as well. The three series are expected to once again, top the primetime block of NBC once they debut with new episodes.

Based on the tweet from Wolf Entertainment, the production of One Chicago shows including “Chicago Med” season 5 started on July 13. “The #OneChicago family was reunited last night! Production for next season begins today,” the post reads.

Colin Donnell returns to the set

Those who saw the picture of the gathering noted that some of the main cast members are not there and this sparked speculations that they may have left the show. While there are people who are not there, it was revealed that there are cast members who are making their comeback in “Chicago Med” season 5 like Colin Donnell.

The actor will return to reprise his role as Dr. Connor Rhodes. It was previously reported that along with Norma Kuhling (Dr. Ava Bekker), the actor would not be in the show after season 4 however, it was said that his character still has some story to clarify in the story, so he will appear in “Chicago Med” season 5 to give closure to whatever unfinished business he has.

Meanwhile, it was revealed that “Prison Break” star Paul Adelstein has signed up for Chicago P.D. as a temporary superintendent. This means that he is likely to appear in “Chicago Med” season 5 for some crossover scenes.

Adelstein’s addition to the story came up after Brian Keltonin (John C. McGinley) died in the previous finale episode. He will play Superintendent Jason Crawford for a recurring stint in the police procedural drama.

“Chicago Med” season 5 is predicted to offer at least 20 episodes. As for its premiere date, it may arrive between September and November based on the release pattern of seasons 1 to 4.