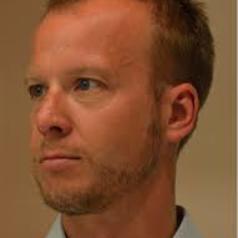 Cancer of the immune system, called lymphoma or leukaemia, generally affects the entire body’s bone marrow and lymph nodes. Because these types of cancers are so widespread, surgery isn’t useful, so patients are usually treated with chemotherapy. Although these treatments have become significantly better in the past ten years, lymphoma and chronic leukaemia often come back months or years after treatment.

Effective treatment options for these types of cancer become more and more limited over time as tumours become resistant to chemotherapy after multiple rounds of treatment. For the majority of patients, a cure is out of reach, so the goal of treatment is instead to control the cancer for as long as possible. There’s currently a huge need to improve therapies that can eliminate cells that are resistant to chemotherapy, and prevent the disease from reoccurring.

However, my colleagues and I recently identified a new “Achilles’ heel” for blood cancers. Our new research found that treating the normal cells near to the cancer cells with a type of drug known as small molecule inhibitors significantly improved the effects of a broad range of chemotherapies.

In fact, in one test, this combination therapy extended the length of survival over 90% longer than using chemotherapy alone. This shows that cancer cells which would normally have resisted and survived chemotherapy, could now be eliminated from the body. Not only does this give patients a new kind of treatment, it also has the potential to cure patients who currently have to live with the disease for the rest of their lives.

Like with any living organism, cancer cells don’t like to live in isolation. They communicate with other cells as part of a larger system, known as the microenvironment. By communicating with nearby cells, cancer cells receive a constant supply of nourishment in the form of anchorage proteins, secreted growth factors, and metabolites produced by the cancer’s neighbouring, normal cells. These normal cells, known as “stroma”, are an essential component of most cancers because they support tumour growth and survival. Without nourishment from stroma, cancer cells usually die.

Researchers have often wondered what effect isolating cancer cells from neighbouring stroma cells would have on cancer treatment. However, the biggest challenge researchers previously faced was knowing what cells in the microenvironment to target and how to tailor treatments to these cells.

In a previous study, we found that lymphoma and leukaemia cells actually cause inflammation in stroma cells and that these cells also produce a protein, called kinase C (PKC)-beta, after coming in contact with cancer cells. We’ve now found that this protein causes resistance to chemotherapy in cancer cells.

However, we also found that when a stroma cell’s genes made it unable to produce this protein, it developed resistance to lymphoma and leukaemia. Knowing the role that this protein plays gives us a way of interfering in the communication that takes place between cancer and stroma cells – effectively cutting the lifeline for cancer cells, and ideally enhancing the effects of cancer therapies.

Luckily, drugs that block the function of the PKC protein have already been developed. These weren’t previously considered to be a useful cancer treatment after clinical trial failures. Part of the reason for this failure is because these drugs were designed to kill cancer cells directly – which was shown to be ineffective.

But as our team showed, re-purposing these drugs to directly target stroma cells next to tumours – not the cancer cells – makes cancer cells more vulnerable to chemotherapy. Simultaneously, targeting cancer cells with chemotherapy and stroma cells with PKC-inhibitors is better than using either treatment alone. This “double strike” on immune cancers has the potential to significantly enhance current treatments and thereby extend life expectancy for many patients.

This new treatment method might be beneficial to hundreds of thousands currently diagnosed who are under observation or treatment. If these results can be replicated in further trials, it could become a new backbone for blood cancer therapy.