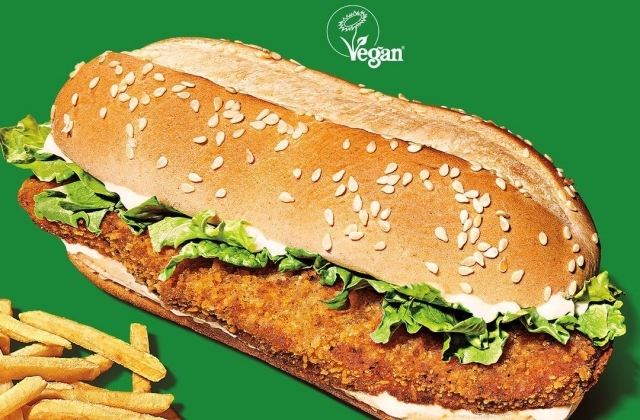 Burger King is teaming up with The Vegetarian Butcher, a Dutch brand that produces plant-based meat, to open the world’s first Plant-based BK restaurant. The unique eating place will be launched in Cologne, Germany.

As mentioned on Vegconomist, Burger King has only one goal with this collaboration and it is to exhibit its growing commitment to plant-based fast food. It even has a slogan for its “meatless” options and that is - “100% taste, 0% meat.”

It was reported that the Burger King plant-based restaurant will offer an exclusive range of plant-based meats and other food items. This will also allow the customers to see the company’s new product innovations without sacrificing the taste.

One of the things to look forward to in the Burger King plant-based outlet is the Long Chicken Patty which is purely “meatless.” This product is debuting in Germany for the first time.

Customers can find this specially designed Burger King Plant-based restaurant in Schildergasse in Cologne. Its opening is actually part of the company’s campaign event where people could meet some of the company’s executives and be able to converse with them as well.

When to visit the plant-based BK restaurant

It should be noted that the restaurant will only run for a limited time. While it is in operation, customers can enjoy Burger King food items, but these will be the plant-based versions. It was also revealed that there would be free products for customers in participating BK restaurants in Germany during the campaign period. Coupons for the free items could be redeemed through BK’s app.

Live Kindly stated that Burger King’s move to open a plant-based outlet follows its decision to enter into the vegan space. Last month, it debuted its Vegan Royale sandwich in the UK and this same vegan chicken sandwich is coming to Germany as well and will be available at the plant-based restaurant.

“So far, we have not found a way to capture the iconic flame-grilled taste of the Whopper, whilst also ensuring there is no cross-contamination of plant-based and meat products,” Burger King told Live Kindly. “However, we’ll always continue to try and find flavorful solutions to our cooking methods, which appeal to as many of our guests as possible.”