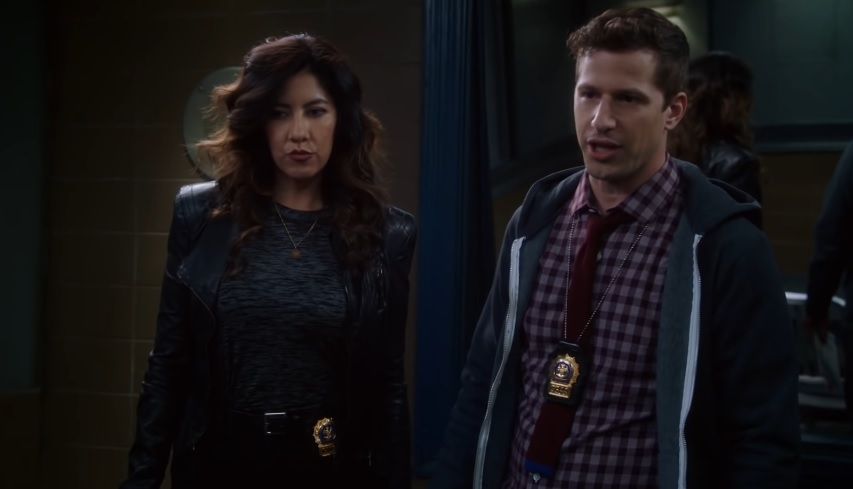 “Brooklyn Nine-Nine” season 8 star Andy Samberg hinted in a recent interview that the NBC sitcom will not shy away from the topic of systemic racism. Instead, the actor said the upcoming episodes will aim to “further the conversation.”

Samberg, who plays the stubborn puzzle-solver Detective Jake Peralta, recognizes that the United States is going through a difficult time as cases after cases of police shootings that victimized people of color have been brought to light over the previous months. The “Saturday Night Live” alum told Variety that these are not new and that he has been hearing about it in rap music for decades. With that, the goal of “Brooklyn Nine-Nine” season 8 is to help deepen the discussions.

The actor did not give specific plot details but confirmed that the members of the fictional 99th precinct of the NYPD will go through serious self-realizations in “Brooklyn Nine-Nine” season 8. “They’re going to be forced to look in the mirror and see who they’re complicit with,” Samberg said.

The show has been praised for the way it handled sensitive social issues in previous episodes without letting go of its comedic storytelling. In season 4, “Brooklyn Nine-Nine” released an episode where Terry (Terry Crews), a Black NYPD sergeant, was racially profiled for simply walking walking around his neighborhood at night looking for her daughter's missing toy. Terry later filed an official complaint against the involved uniformed officer, and it was implied that his report may have cost him a liaison job in the NYPD.

Aside from the new stories inspired real-life social issues, “Brooklyn Nine-Nine” season 8 is also going to be the first installment where Jake and Amy (Melissa Fumero) will be seen as parents. Amy gave birth to their first child, whom they named McClane (as in John McClane from "Die Hard"), in the season 7 finale last spring.

*Capt. Holt voice* We're in a state of total euphoria. #Brooklyn99 returns in 2021 on @NBC, streaming on @PeacockTV. pic.twitter.com/1sXKIE0Nr9

“Brooklyn Nine-Nine” season 8 was originally planned as part of NBC’s fall 2020 premiere lineup. But aside from the reported adjustments in the script to take into consideration the Black Lives Matter protests, the COVID-19 pandemic has also affected the show’s production timeline. The release of new episodes has since been moved sometime in 2021.