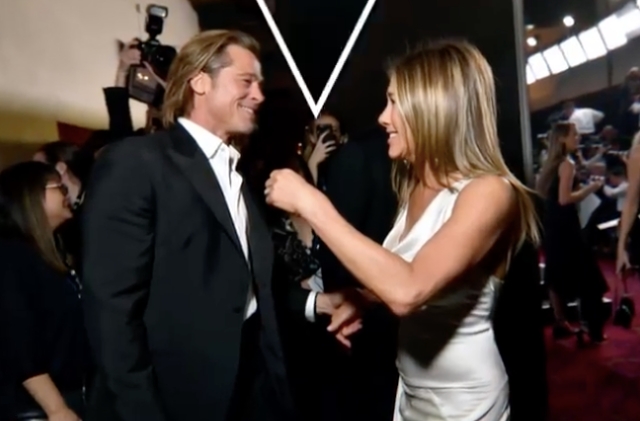 Is Brad Pitt jealous? He seems to be because when Jennifer Aniston and John Mayer were reported to have met up and hanged out at a hotel for some dessert early this month, he was said to have approached the American singer and told him to stay away from Jen.

Based on the report that appeared on NW magazine, Aniston and Mayer spent some time together at the Sunset Tower Hotel in Los Angeles. Some friends like Amanda Anka and Andy Cohen joined them later, but still, it was suggested that the “Once Upon a Hollywood” actor did not like the idea of them together.

Mayer’s alleged intention for the meetup

Jennifer Aniston and John Mayer dated form 2008 to 2009 and the source alleged that the latter is “making a play” for the “Friends” actress because he is upset with the fact that she is rekindling her romance with Brad Pitt. This means that the meeting was only a set-up arranged by Mayer as he has a motive.

“John panicked when he realized things were serious between Jen and Brad, and convinced himself that she was his one that got away,” the insider stated. “So in true John fashion, he engineered an innocent catch-up between them to gauge where she’s at with Brad.”

The insider went on to say that over dessert, the actress could not stop talking about Brad which made it so obvious that she is really happy to be back with her first ex-husband. Mayer was said to be really disappointed and it bruised his ego. As for Brad, he was said to have been shocked when he heard about the meet-up.

“Brad is all too aware of John’s reputation as a ladies’ man and has put the word out that John should back off,” the so-called source relayed. “Brad can pull strings in the music industry as much as in movies. One word from Brad into the right ear and he’ll be canceled.”

Is this story true? As per Gossip Cop, the NW article is absurd because in the first place Brad Pitt and Jennifer Aniston have not rekindled their romance. They are not together so no one has the right to stop someone from seeing anyone.

Plus, it has been more than a decade since Jen and John broke up and they are on friendly terms. Pitt did not warn Mayer from getting closer to his ex-wife and the story is obviously a fabricated one.