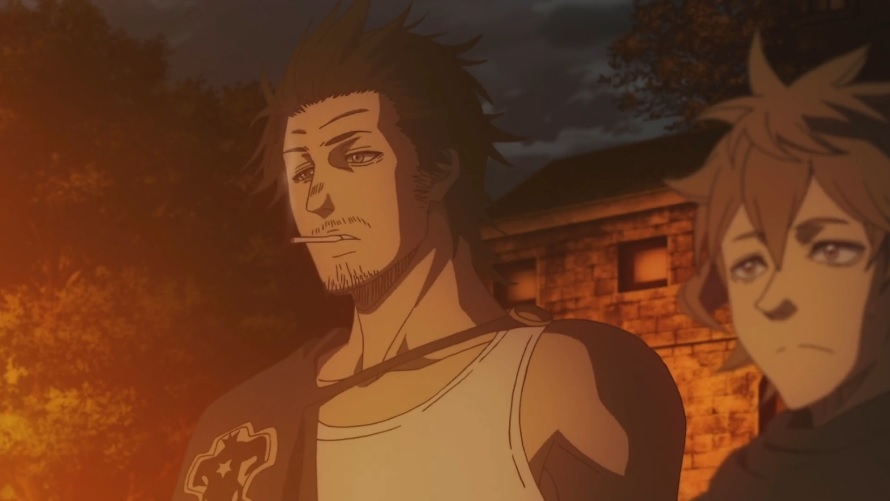 The “Black Clover” series is filled with many complicated relationships of siblings or long-time friends that are rooted in the characters’ uneven strength and magical powers. Langris and Finral’s brotherhood is a good example. Langris, despite being the younger brother, has always been the superior one in terms of magical powers. But in “Black Clover” episode 109, it is up to Finral to defeat Langris whose power is intensified after getting possessed by an elf.

Elves' attack on the Clover Kingdom continues, but the fight scenes in “Black Clover” episode 109 will be the most significant so far as the enemies reach Augustus Kira Clover XIII. It can be recalled that before the attack of the elves erupted, the king summoned Langris’s parents to confront them about their child being a traitor.

Langris reaches the king’s room in “Black Clover” episode 109 that will confuse everyone and will make them think that the Golden Dawn vice-captain is a traitor. But what really happening is that an elf named Ratri has possessed Langris to attack the humans.

Meanwhile, Finral fittingly arrives at the perfect time when Ratri launches an attack on Finesse. With Yami and Jack, their initial move in “Black Clover” episode 109 is to help Finesse, Augustus, and Langris’s parents safely escape. Once they accomplish this, the fight against Ratri goes all out.

However, it is quite obvious that this battle is primarily between Langris and Finral. The latter has accepted that his younger brother has always been the superior between them. But the situation in “Black Clover” episode 109 calls for Finral to step up and save Langris from being possessed by Finral.

With Yami and Jack’s help, the Magic Knights will be able to rip through Ratri’s defense, which is the strongest aspect of the elf’s power. In the manga chapter where “Black Clover” episode 109 is based, there was a scene where Finral seemingly picks up his younger brother within Ratri’s consciousness to bring him back.

The fight of the Spatial Magic brothers might not be the only highlight of “Black Clover” episode 109. The episode could end with Patolli’s arrival at the Eye of the Midnight Sun headquarters. He is greeted by an elf-possessed Gauche, who will also comment that Patolli already looks so much like Licht.

This serves as a teaser of an even bigger threat ahead for the humans and the Magic Knights. “Black Clover” episode 109 will air on Tuesday, Nov. 12.