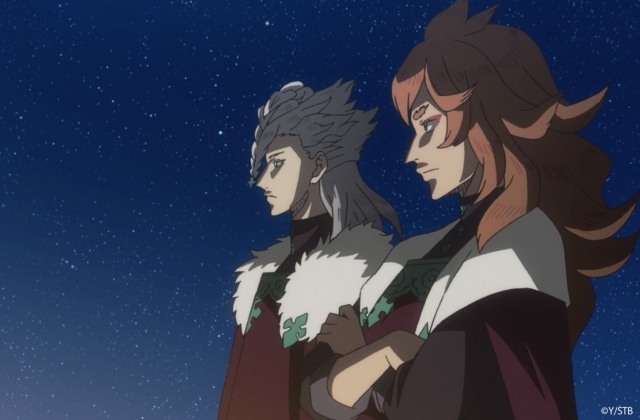 The battles in the “Black Clover” manga series are ongoing, but they are reaching the climax soon. Currently, the fight is centered on Noelle and Vanica, and the secrets about the devils from the other world are slowly being revealed.

In “Black Clover” chapter 252 titled “Water Creation Magic: Sea Dragon’s Roar,” and this was the beginning of Vanica and Noelle’s faceoff. The title refers to the magic that the latter unleashed, but it seems that her opponent was unaffected by this.

Vanica attacked back using her Blood magic, and this rattled Noelle to the core. It appears that together with Lolopechka and Mimosa, they are trying to get rid of Vanica to prevent the dark triad members from returning and attacking the kingdoms again.

The previous chapter also showed that Vanica’s henchmen have recovered and they are back to fighting against Mimosa. The battle is getting more difficult for the mages because the dark disciples never die. They come back fully refreshed each time they were taken down.

The upcoming “Black Clover” chapter 253 will still be about the attacks and counterattacks between Vanica and Noelle. At this point, the dark triad members have utilized their devil powers to destroy the Spade Kingdom so they can open the portal to the demonic world.

“Black Clover” chapter 253 is also expected to feature the fight between Yami and Dante. Apparently, they are not done yet and their battle is taking a long time to finish.

Furthermore, the dark secret of the World Tree Magic has been uncovered. It was revealed that the dark triad has been planning to destroy 90% of the world’s population.

Probably, the greatest revelation in “Black Clover” chapter 353 is the fact that the World Tree Magic and the Dark Magic are connected. This link could be the main reason why the villains have launched an attack at the Spade Kingdom.

Meanwhile, the upcoming chapter is set to be released on June 7. Fans can also check out the raw scans on June 5 to get more spoilers. This will be available on VIZ Media’s official website.