Microsoft to close physical stores to focus on online sales

Guaranteed Removals Reviews Rising Student Debt in the US and Canada

Big Pharma has failed: the antibiotic pipeline needs to be taken under public ownership 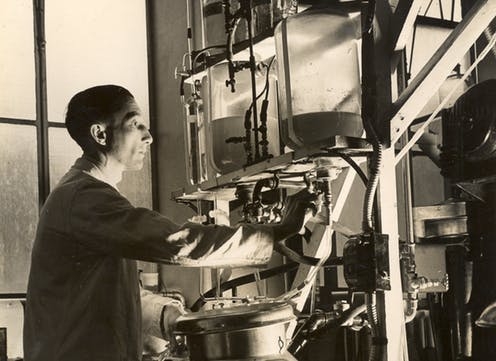 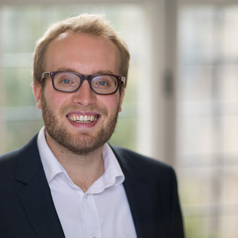 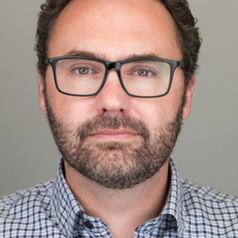 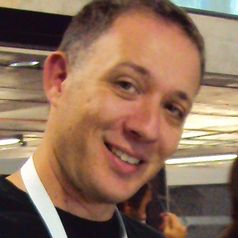 Antibiotics are among the most important medicines known to humankind, but we are running out of this crucial resource. Decisive action is needed if we are to retain access to them. This includes rethinking our reliance on private companies and establishing public ownership of crucial parts of the antibiotic pipeline.

Since the 1930s, antibiotics have transformed the way we treat diseases, ranging from syphilis to typhoid. They have enabled increasingly complex forms of surgery and organ transplantation. They have protected people with weakened immune systems, such as those undergoing chemotherapy for cancer treatment, from life-threatening infections. And they have facilitated the industrialisation of global food production. So important have antibiotics become that some researchers compare them to essential infrastructure, such as hospitals and ambulance services.

But this infrastructure is at risk. After decades of increasing use, our antibiotic workhorses are worn out. The reason for this is natural selection: every use of an antibiotic can select for bacteria that are resistant to antibiotics’ effects. Because their competitors are killed by antibiotics, these resistant bacteria can proliferate rapidly and pass on their resistance genes to their offspring and often to other, unrelated bacteria. Over the last 80 years, human antibiotic use has selected for microbial populations that are increasingly effective at resisting our drugs. 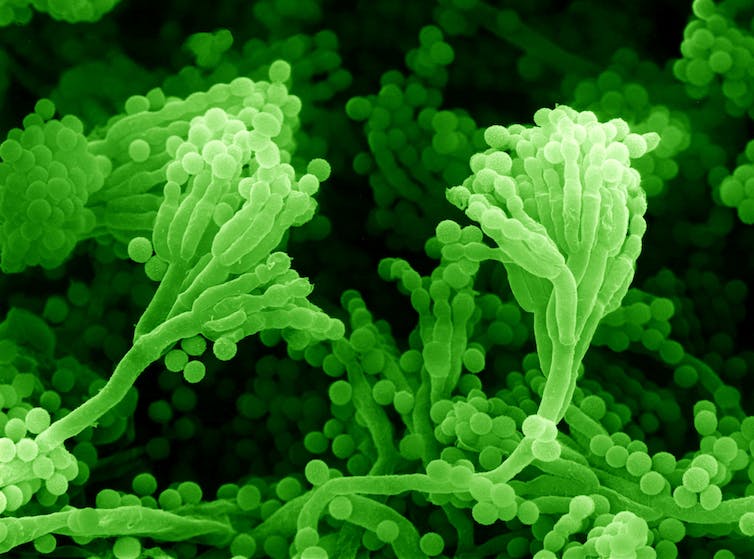 Antibiotic development has not kept pace with this rapid microbial evolution. After a golden age of innovation between the 1930s and 1970s, the 1980s saw global investment in antibiotic research and development (R&D) stall – just when old scourges, such as tuberculosis and typhoid were becoming harder to treat. The reason for this was lack of profit.

Despite repeated public warnings, private companies were unwilling to invest in drugs that would only be taken for a short time and be subject to usage restrictions because of their selection for antimicrobial resistance. Instead, contemporary experience showed that investment in cancer drugs and statins, which would be taken for long periods, or in treatments for so-called lifestyle diseases, such as athlete’s foot, would be far more lucrative than sponsoring further antibiotic research.

The pipeline for new antibiotics has become drier ever since. In fact, it has been 35 years since a new class of antibiotics with a distinct new mode of antibacterial action has entered the market.

All the while, bacteria have honed their defences. By 2016, a major review commissioned by the British government predicted 10m deaths annually resulting from antibiotic resistance by 2050 if no action was taken, and exhorted both the global community as well as private companies to reinvest in new antibiotics research. These warnings of an international emergency have since been echoed by organisations ranging from the World Health Organisation to Médecins Sans Frontières.

Timeline of antibiotic development. © Reproduced with permission of ReAct Europe

But development continues to stall, despite many attempts to make commercial antibiotic development more attractive. Recent years have seen substantial public financing of private development, with widespread subsidised research and clinical trials, along with incentives, such as market-entry rewards, quicker licensing, supplemented prices for new antibiotics in the US, and NHS England’s new “Netflix model” for antibiotic access. Despite this, no new antibiotic class has emerged.

Even worse, the injection of over £520m of public money since 2016 has not prevented the industry from further contracting. Between 2016 and 2019, major producers, such as Sanofi, Novartis and AstraZeneca shuttered their antibiotic-development divisions. This resulted in the closure of well-financed industrial research departments and a critical global loss of human capital and expertise in antibiotic R&D. According to a recent review, there is “now a shortage of experts qualified to lead research programs employing promising new antibiotic discovery methods”.

Although international non-profit organisations are mobilising further public money to subsidise for-profit development, it is questionable whether this public-private model will bear fruit. After over three decades of market failure and in the face of a critical contraction of remaining industry activity, alternatives beyond the market should urgently be explored.

The public is already sponsoring the high-risk phases of drug discovery and trialling by university researchers and private companies but own none of the intellectual property once antibiotics go to market. There has also been little public pay-off either in terms of new antibiotic classes or increased access to effective drugs in low-income countries.

The market is broken. It is time to apply recent official calls of “public money for public goods” to areas beyond farming and seriously consider public ownership of antibiotic research, development and production.

Looking into the past shows that public ownership of antibiotic R&D is not as radical as it may sound. During the second world war, allied research on penicillin – the most iconic antibiotic – was publicly financed, organised and owned. In fact, the original penicillin was never patented.

Other medical treatments we rely on today also resulted from public financing and ownership. Founded in 1887, the non-profit and independent Pasteur Institute developed important vaccines – and was initially financed by an endowment fund consisting of individual donations and mass-subscriptions from members of the public as well as contributions from the French state. Finances were soon complemented by researchers donating their royalties to the institute, monopoly production and sales of the new diphtheria serum to the state, which allowed the institute to recoup costs for basic research, and by later licensing industry partners to produce vaccines.

Public vaccine institutes also evolved in Germany and other countries and were often sponsored by the state. Examples for public R&D are not limited to vaccines and penicillin. For a long time, the US military synthesised, screened and tested promising antimalarial drugs. 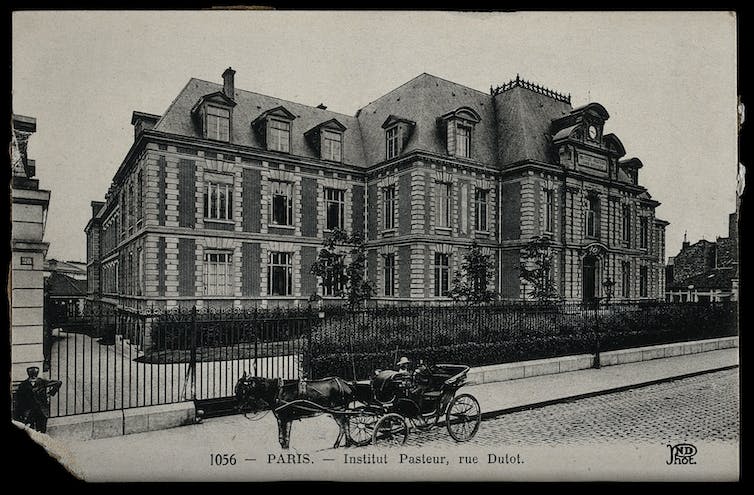 Examples are not limited to the past. In the US, major healthcare providers responded to high prices on the private market by founding the organisation Civica-Rx in 2018 to produce and provide important drugs, such as antibiotics, at cost.

As these precedents show, public ownership of international antibiotic R&D could be an effective response to the global antibiotic resistance emergency. As recently proposed by economist Lord Jim O'Neill, a quick way out of the current crisis might be to buy out remaining industry R&D – including relevant experts and patented compounds in industry archives.

The estimated US$5 billion that would be needed to own this vital global resource is remarkably cheap when compared with the over US$400 billion that was spent to bail out US lenders in 2008, the US$4.75 billion it cost to build the Large Hadron Collider, or the US$104-114 billion projected pricetag for the UK’s new High Speed Rail project.

But who should manage public efforts? It is clear that no country can be expected to solve the global market failure by itself. We propose a publicly owned international institute for antibiotic R&D. Similar to the Human Genome Project, an internationally funded institute could fund and direct research on promising compounds and quickly produce new antibiotics without having to make a profit.

Member countries would make contributions varying according to economic capabilities in return for priority access to affordable and high quality drugs, which are still lacking in many parts of the world. To safeguard antibiotics’ effectiveness, strict commitments to appropriate use would be a precondition to membership.

In many ways, publicly owned antibiotic research could be a global quadruple win. The current market failure and loss of R&D expertise could be overcome, R&D could be prioritised according to the greatest international (not commercial) need, appropriate use could be enhanced, and access to affordable and effective antibiotics could be increased across the globe – in perpetuity.

What is clear is that the world has nothing to lose from thinking outside the post-1980s box of private solutions for public problems. Similar to the other major crisis of our era – climate change – the antibiotic crisis poses a fundamental threat to human wellbeing around the world. If antibiotics are a global public good and the market is not providing sustainable solutions, the global public should retake effective control of our common antibiotic future.