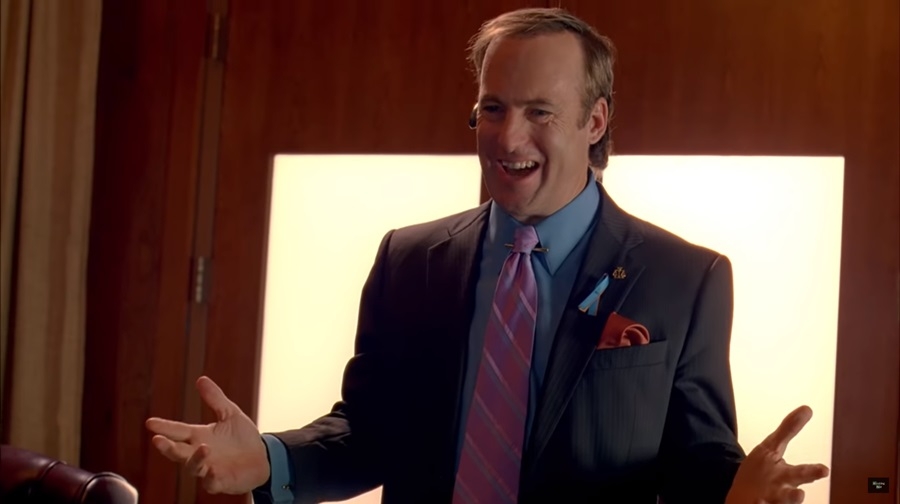 “Better Caul Saul” Season 5 is expected to feature more violent scenes as the moral descent of Jimmy (Bob Odenkirk) has now gained significant momentum. After successfully fooling the panel to reinstate him as a lawyer, Jimmy revealed that he’s going to be practicing under the name Saul Goodman.

The name, of course, is a contraction of Jimmy’s signature phrase “It’s all good, man.” After Kim (Rhea Seehorn) witness the mask that Jimmy has put on slip away, she’s likely going to distance herself from the conman in “Better Caul Saul” Season 5, Den of Geek reported.

Kim has been portrayed as a smart character and she knows exactly what Jimmy is planning moving forward. With her burning the bridge and Jimmy taking the full persona of Saul Goodman, some fans are speculating that she’ll be getting killed in “Better Caul Saul” Season 5.

However, show creator Peter Gould did say that there are other heartbreaking things that they can do to Seehorn’s character without resorting to outright death. For instance, “Better Caul Saul” Season 5 can have Kim getting disbarred and lose the career that she’s been cultivating for years. This plot development has already been set in motion when she and Jimmy tampered with the blueprint at the Wyoming planning office.

Meanwhile, Jimmy will be getting himself tangled with a lot of dangerous people in “Better Caul Saul” Season 5. This means that the story has now gotten to a point that its timeline is closely hurtling towards the events that took place in “Breaking Bad.”

As such, it’s being speculated that “Better Caul Saul” Season 5 will be setting up the ending of the crime drama series. What’s more, the show could end in the upcoming entry judging by Gould’s previous statement.

When asked about how long the series would run, the show creator said that they’re eyeing the same episode number of “Breaking Bad,” which had 62 episodes over the course of five installments. “Better Caul Saul” Season 5’s premiere will be the show’s 40th episode, moving it closer to the number mentioned by Gould. As for when the series will return, it’s being speculated that it will air in August at the earliest.