Australia's only active volcanoes and a very expensive fish: the secrets of the Kerguelen Plateau 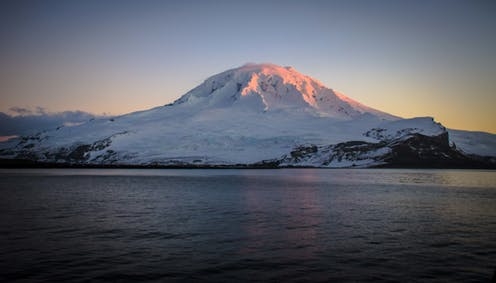 Evening light on a Heard Island icescape. The island is part of the Kerguelen Plateau, which is being jointly studied by France and Australia. Matt Curnock 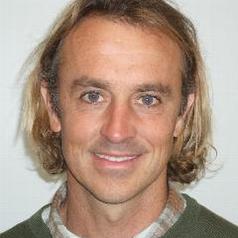 Straddling the Indian and Southern Oceans, the Kerguelen Plateau is three times the size of Japan. It’s farthest depths are four kilometres below the surface; its islands form one of the most isolated archipelagos on Earth. These include Heard Island and McDonald islands, Australia’s only active surface volcanoes.

Australia and France share a territorial border across the Kerguelen Plateau and work together to study it. The most recent findings, The Kerguelen Plateau: Marine Ecosystems and Fisheries, have been published by the Australian Antarctic Division.

The collaboration has fostered new knowledge of the Kerguelen Plateau as a unique living laboratory - and as the home of the world’s most expensive fish. 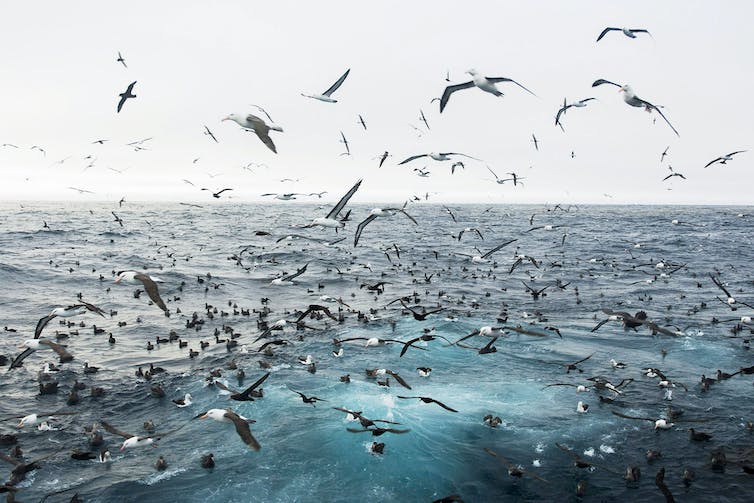 Bird activity behind a research vessel near the Kerguelen Plateau. Paul Tixier

Volcanic activity pumps vast amounts of minerals such as iron into the water, making the Kerguelen Plateau a biological hotspot.

The plateau hosts populations of Patagonian toothfish, or Dissostichus eleginoides, a predatory fish that lives and feeds near the bottom of the Southern Ocean. The brownish-grey fish grow up to 2 metres long, live for 60 years and can weigh 200kg. The species is often marketed as Chilean seabass.

Australia and France have worked together since the early 2000s to eliminate illegal, unregulated and unreported fishing, to understand the toothfish’s population dynamics and surrounding ecology. As a long-lived top predator with a broad diet, they have a key role in the structure of communities inhabiting the seafloor. 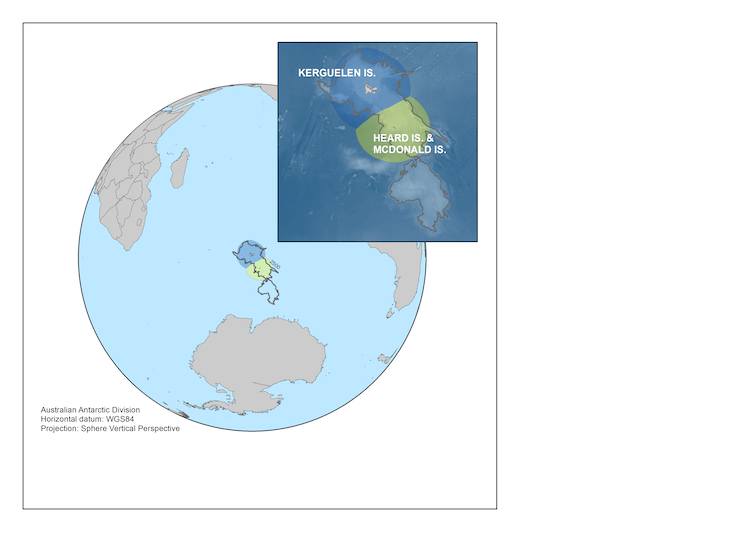 A location map of the Heard and Macquarie islands. AAD

The toothfish is also economically important. Its snow-white flesh is prized as rich, good at carrying flavour and rich in omega-3 fatty acids. Catches command high market prices: prepared fillets have sold for more than A$100 per kg in recent years.

Approved commercial fishing vessels catch Patagonian toothfish around the plateau. Over the past few decades, scientific observers on fishing boats have tagged and released more than 50,000 toothfish at the Australian islands. This, along with annual surveys, biological sampling and data collection, has shed light on the species’ biology and population ecology.

This informs management measures such as total allowable catches and “move on” rules, where vessels must cease fishing in an area once a predetermined weight of non-target fish has been caught.

The nations continue to manage toothfish populations, as well as fish, seabirds and marine mammals that interact with fishing activity.

The shallow banks of the plateau support a spectacular diversity of long-lived sponges, brittle stars, anemones, soft and hard corals and crustaceans. These fragile and slow-growing communities are vulnerable to disturbance. Fishing gear fitted with automated video cameras helps locate and protect sensitive areas, and Australia and France have established marine reserves and managed areas across the plateau. 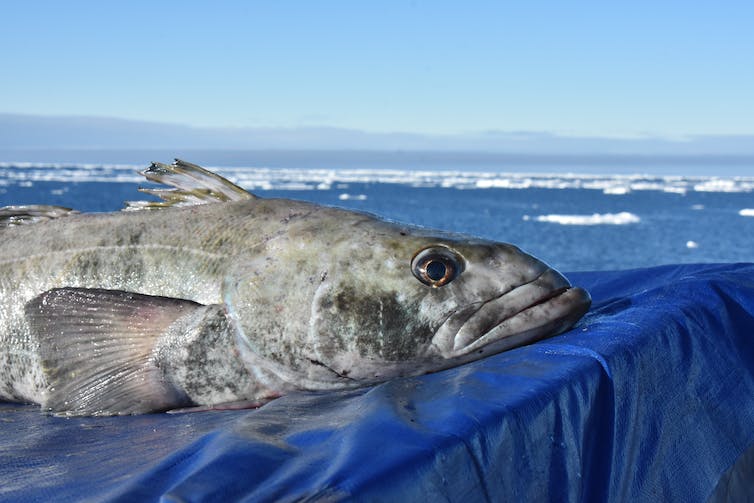 Patagonian toothfish are prized in the restaurant industry for their rich flesh.

The plateau’s islands are incredibly isolated and provide the only breeding and land-based refuge for birds and seals in this part of the Southern Ocean.

Submarine volcanoes, some of them active, surround the islands and are particularly abundant around the younger McDonald Islands.

The plateau cuts across the strong current systems that sweep around the South Pole. This thrusts deep, cold water, enriched with volcanic minerals, to the surface then back to the seafloor. In turn, this powers a food chain stretching from small zooplankton to fish and predators such as Patagonian toothfish, penguins and albatross, and diving marine mammals such as elephant seals and sperm whales.

Carbon and nutrients returned to the seafloor support diverse communities of invertebrate and fish species that could not inhabit this location if not for the plateau.

The orientation and location of the Kerguelen Plateau make it a canary in the coalmine for understanding the southward shift in marine ecology due to climate change. As sea temperatures rise and ocean currents shift, plant and animal species will move south in search of cooler waters.

Recent modelling suggests those species most at risk from climate change in this region are those sedentary or slow-moving invertebrates, such as sea urchins. 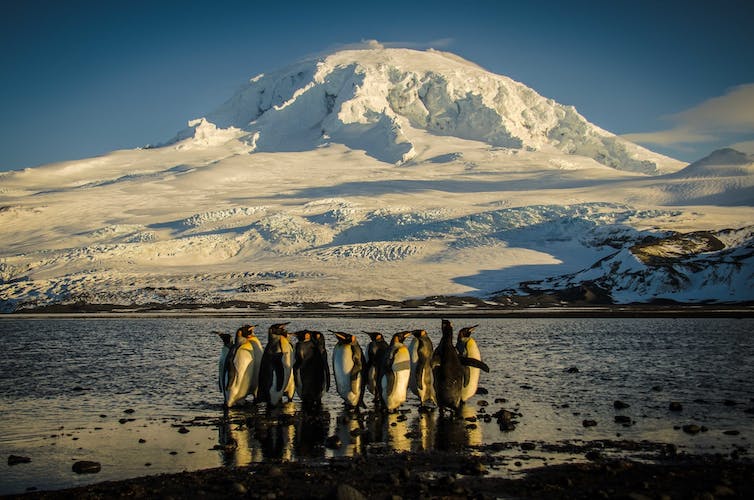 Work continues to build comprehensive maps of the seafloor, deploy a network of ocean robots to collect physical and biological information, and use French and Australian fishing fleets for research.

The plateau’s waters are in the region overseen by the Commission for the Conservation of Antarctic Marine Living Resources, an international treaty body. French-Australian research is presented to the commission at meetings in Hobart each year to guide management decisions.

The cross-country partnership is a model for international scientific cooperation and fisheries management. In the context of a changing climate, these efforts will provide insight into future impacts on natural systems throughout the Southern Ocean.