FxWirePro: Asian markets slightly down, gold back above $1,570 mark 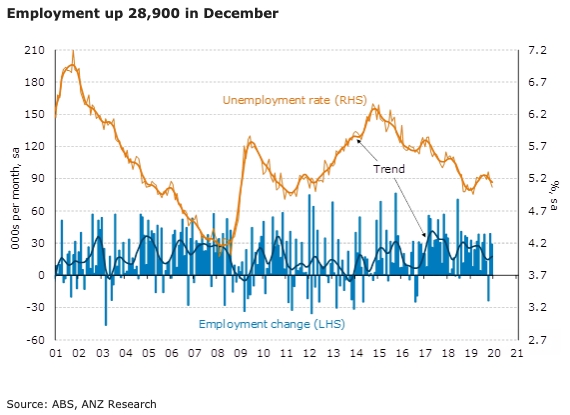 Australia’s employment report for the month of December showed a sharp progress, crossing market expectations as well, which in turn, dragged the unemployment rate down, thereby, reinforcing the RBA’s view that "the Australian economy appear[s] to have reached a gentle turning point."

"Accordingly, we are no longer forecasting a February rate cut. We still think further rate cuts are more likely than not over the course of 2020, however. Continued weakness in consumer spending and soft business investment suggest that progress toward lower unemployment will stall at a level that is inconsistent with the RBA achieving its policy objectives," ANZ Research commented in its latest report.